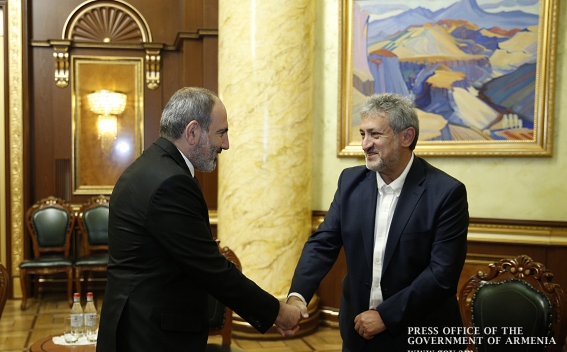 Greeting the renowned astrophysicist, the Premier described his scientific activities as quite impressive and expressed hope that he would help develop fundamental research in Armenia by imparting his long experience and implementing joint projects in cooperation with the Armenian Government.

Garik Israelyan thanked the Premier for appreciating his efforts and expressed willingness to actively engage in joint initiatives in a bid to popularize science in Armenia.

Views were exchanged on the 6th STARMUS festival to be held in Armenia this year, which is supposed to make science attractive for the youth through music and art. Prime Minister Pashinyan said the Government is prepared to support the organizers of the festival.

The STARMUS festival brings together world-famous scientists, astronauts, musicians, and Nobel Prize laureates from across the globe. Garik Israelyan is an astrophysicist at the Astrophysics Institute in Tenerife, Canary Islands.