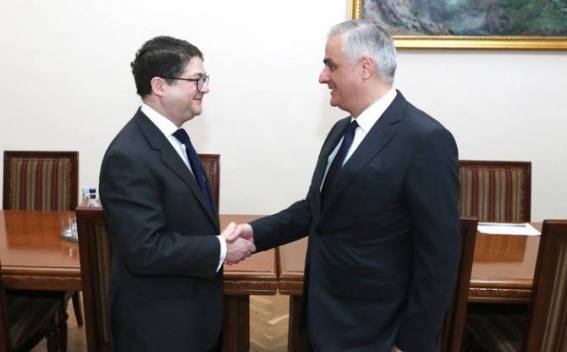 Prior to the meeting, the Deputy Prime Minister had attended the signing of the agreements for the Meghri Border Checkpoint Modernization Project with the EBRD.

Greeting the guests, the Deputy Prime Minister expressed satisfaction with the level of Armenia’s cooperation with the EBRD and attached importance to the EBRD’s active efforts in the private sector.

EBRD Vice-President Pierre Heilbronn expressed gratitude for the reception and constructive cooperation and gladly stated the fact that the EBRD Board of Directors will be holding it session in Yerevan in 2021 and that he anticipates the government’s assistance in organizing the event at a high level. Pierre Heilbronn noted the actions required for effective implementation of the future joint projects and voiced hope that the projects earmarked in the field of infrastructure development will contribute to implementation of the government’s reforms.