Mher Grigoryan: The Restoration of Railway, Roadways and Soviet Infrastructure Under Discussions 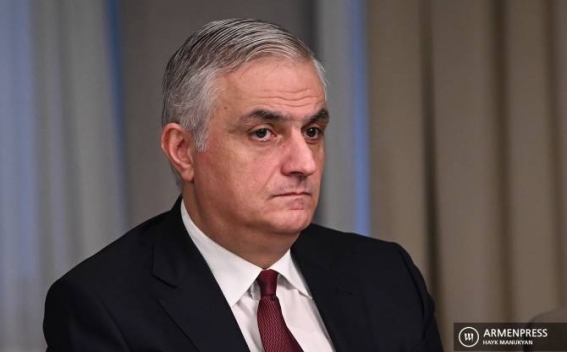 "The trilateral working group on Nagorno-Karabakh continues its work and has already held several meetings," Armenia's Deputy Prime Minister Mher Grigoryan stated on Wednesday during the Q/A session at parliament. Grigoryan informed that two subgroups have already been established, one of them implementing expert work related to technical issues of the infrastructure, and the other focusing on the aspects of control such as safety, border, customs, legal issues, etc.

The Deputy Prime Minister added certain progress has been registered, yet expert works are currently being held which are important to offer right solutions to the pending issues.

Grigoryan said that a report was envisaged to submit by March 1, yet it was delayed as need for additional expert work arose. In his words, the main discussions are led in all directions rconcerning the restoration of railways, roadways and Soviet infrastructure.

To remind, the working group was set up under provision 9 of the November 9, 2020 joint statement of Armenia, Russia and Azerbaijan with an aim of unblocking all economic and transport links in the region. The working group will be co-chaired by the three countries’ deputy prime ministers.