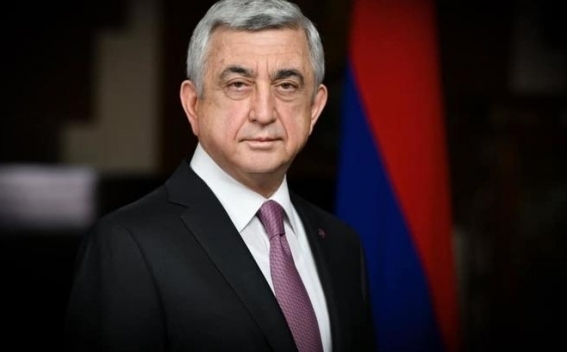 The ex-president received an invitation to take part in the hearings set for April 16 from Andranik Kocharyan, Chairman of the National Assembly Standing Committee on Defense and Security, on 6 April.

“Although it’s strange that the parliamentary committee has decided to hold a sitting given the situation caused by the [coronavirus] pandemic, the third president of Armenia is ready to visit the committee on April 16, at 2pm, in case the Armenian government does not make a decision to extend the state of emergency,” Serzh Sargsyan’s office said in an official response to the invitation.

The office stressed although the former president is not obliged by law to attend the hearings of the committee, he feels free to present the details of the hostilities unleashed by Azerbaijan in 2016, especially when he has made numerous public remarks on the April War, including speeches, interviews, consultations in participation of the president, meetings and session, which covered the events in detail.

The ex-president’s office also demanded that Serzh Sargsyan be provided with a copy of the recording following the hearings.