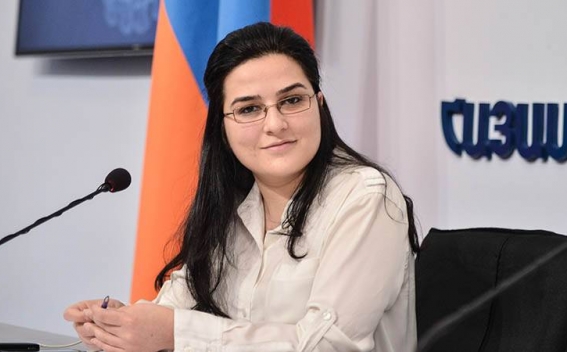 Question. The Supreme Advisory Council under the Office of the President of Turkey convened a session headed by President Recep Tayyip  Erdogan, which reportedly discussed "the actions to be taken against groundless allegations against Turkey regarding the 1915 events.’’ How would you comment on that?

Answer. The statements made by the Turkish President on justifying the Armenian Genocide and insulting its victims are not a novelty and are manifestations of hate speech, which have an impact on maintaining and strengthening the atmosphere of xenophobia against Armenians in that country.

The recognition and condemnation of the Armenian Genocide is not an Armenian-Turkish issue, but an issue between Turkey and the international community. Numerous statements and actions of Turkey addressed to and undertaken towards countries recognizing the Armenian Genocide are a point in case.

For us and the international community the Armenian Genocide is a reality which served as a  basis for elaboration of 1948 Convention on the Prevention and Punishment of the Crime of Genocide and for the installment of mechanisms for the prevention of genocides and crimes against humanity.

Denialism has no future, no matter who and how frames it. Despite the efforts of the authorities of Turkey to suppress the truth, the truth has been prevailing.