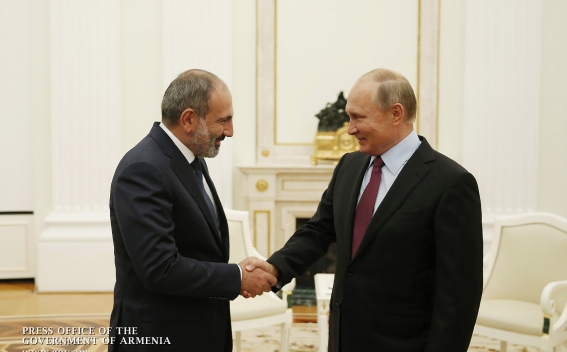 Prime Minister of Armenia Nikol Pashinyan sent a letter to Russian President Vladimir Putin informing that he cannot take part in the celebrations in Moscow dedicated to the 75th anniversary of the victory in the Great Patriotic War, the Armenian PM’s Office told Armenpress.

I regret to inform you that I will not be able to participate in the celebrations dedicated to the 75th anniversary of the victory in the Great Patriotic War. As you know, I accepted your invitation to attend the ceremonies with pleasure. However, as later was revealed, the current coronavirus-related situation doesn’t allow me to carry out that trip. Based on this I decided to refrain from my visit to Moscow, which, as you know, has been discussed in detail and agreed upon between our administrations.

It would have been a great honor for me to attend the Victory Day Parade. I am confident that millions of citizens of our countries will follow that event, going back to the 1945 in mind when our grandfathers were proudly passing through the Red Square. The victory in the Great Patriotic War is our common heritage. The memory on it unites our peoples and creates a firm base for the friendship of future generations.

I am expecting our meeting in the nearest future which will enable to discuss the agenda issues of the allied relations between our countries.

Mr. President, accept my best wishes for good health and success in your activity".