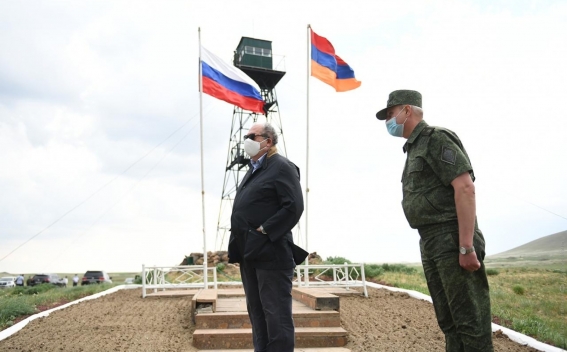 The Head of the Border Guard Department of the RF Federal Security Service in Armenia, Major- General Roman Golubitski reported about the situation on the border, service and operative activities, close cooperation between the residents of the border villages and Armenian colleagues.

“The Border Guard Department of the FSS of the Russian Federation in Armenia is carrying out successfully tasks set before it,” President Sarkissian said and thanked for the dutiful service and wished the border guards every success.

President Sarkissian noted that the state flags of Armenia and Russia waving on the state border symbolize our friendly and allied relations based on mutual trust.

President Armen Sarkissian and Mrs. Nouneh Sarkissian visited also Nor Shen (Kharkov) village. The ruins Ani - the ancient Armenian capital, are observable from here. They conversed with the only resident of the village Vahandukht grandma. 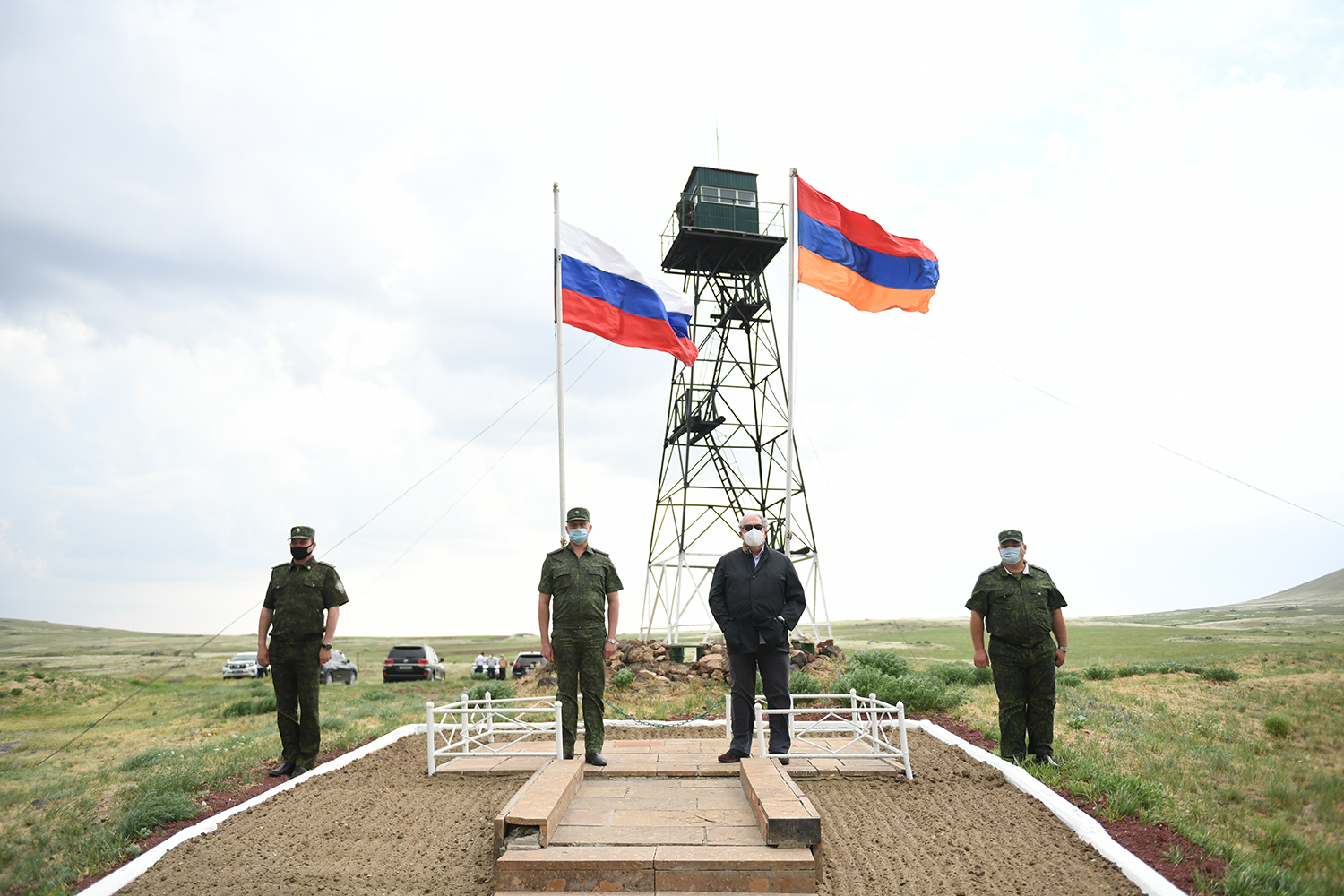 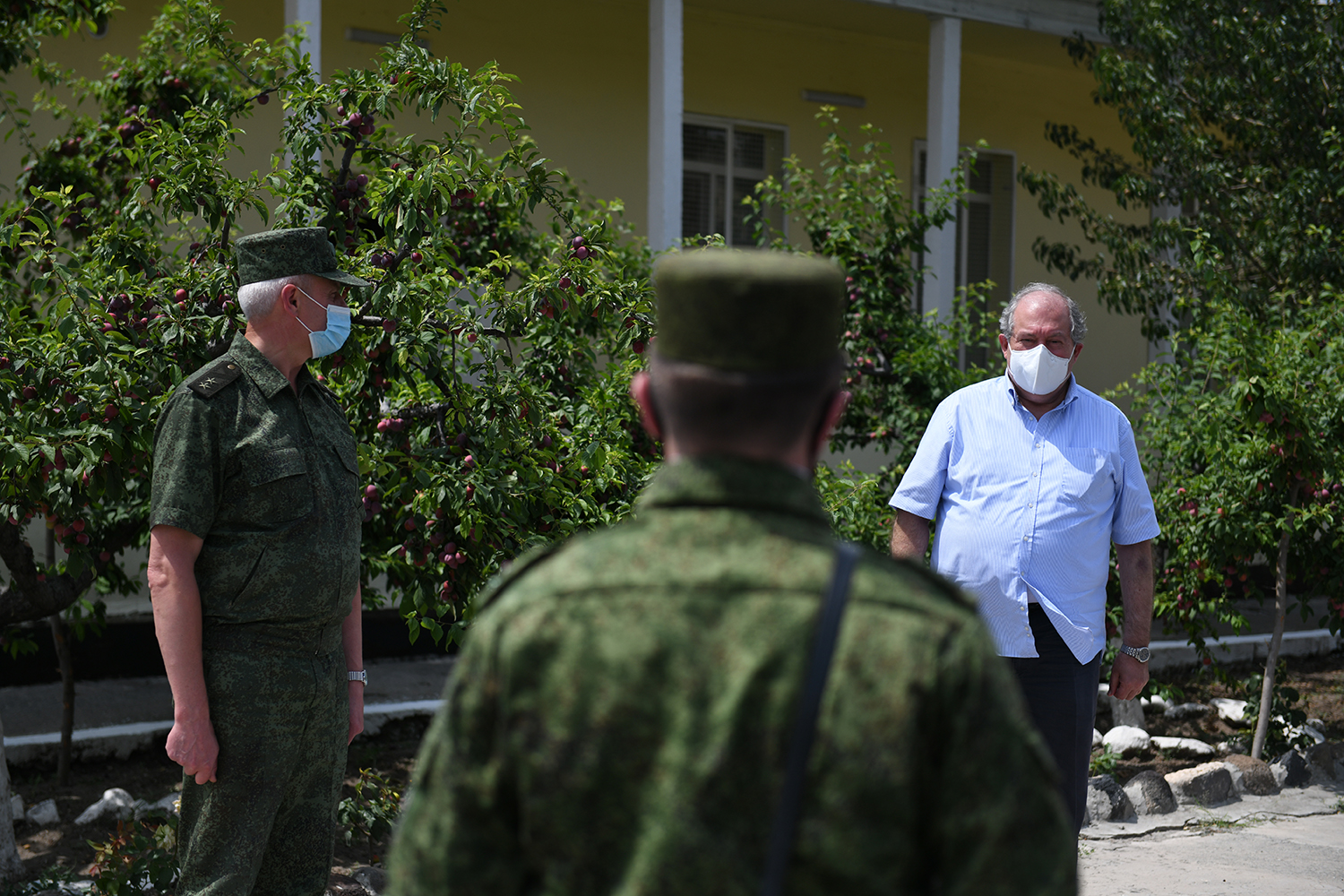 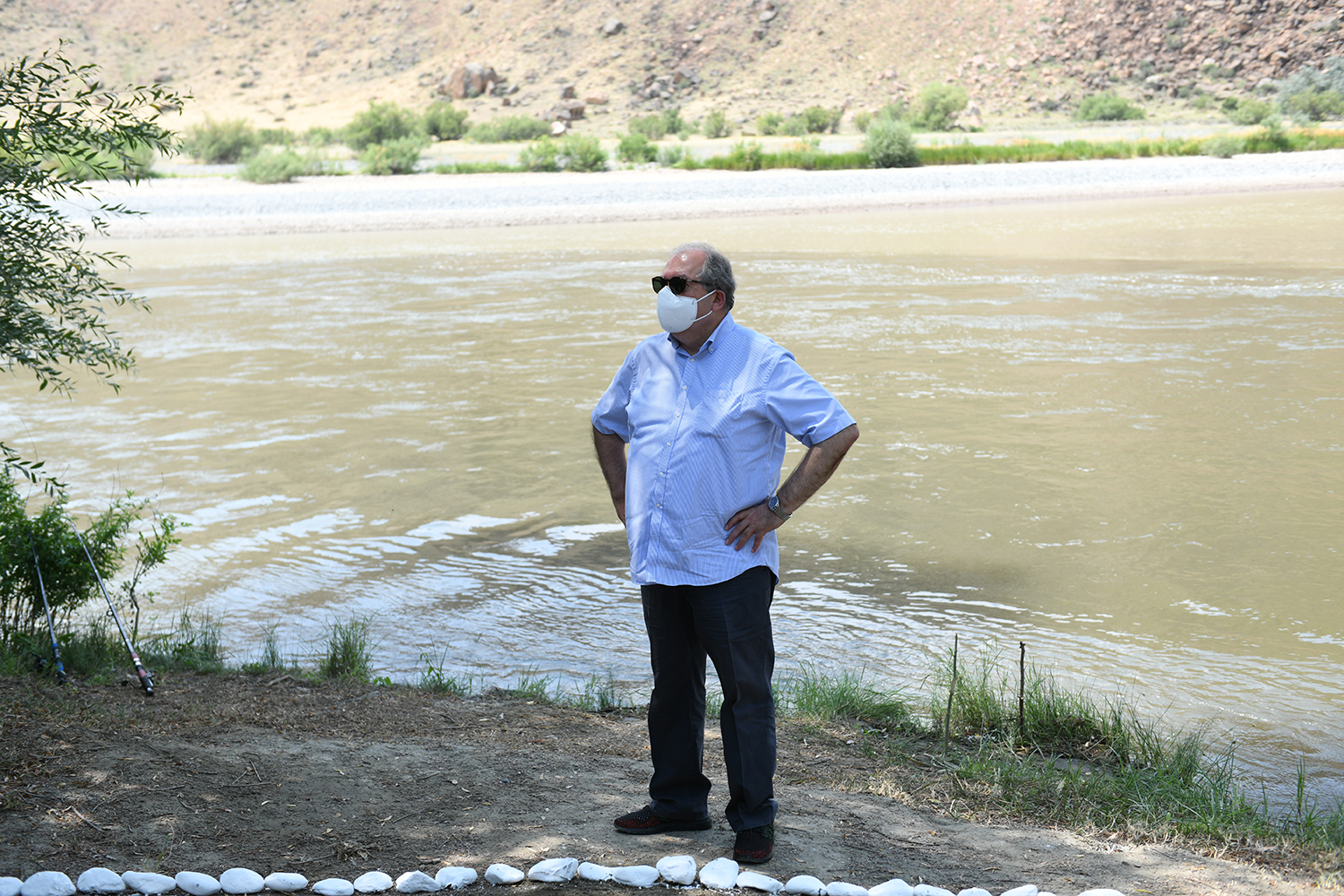 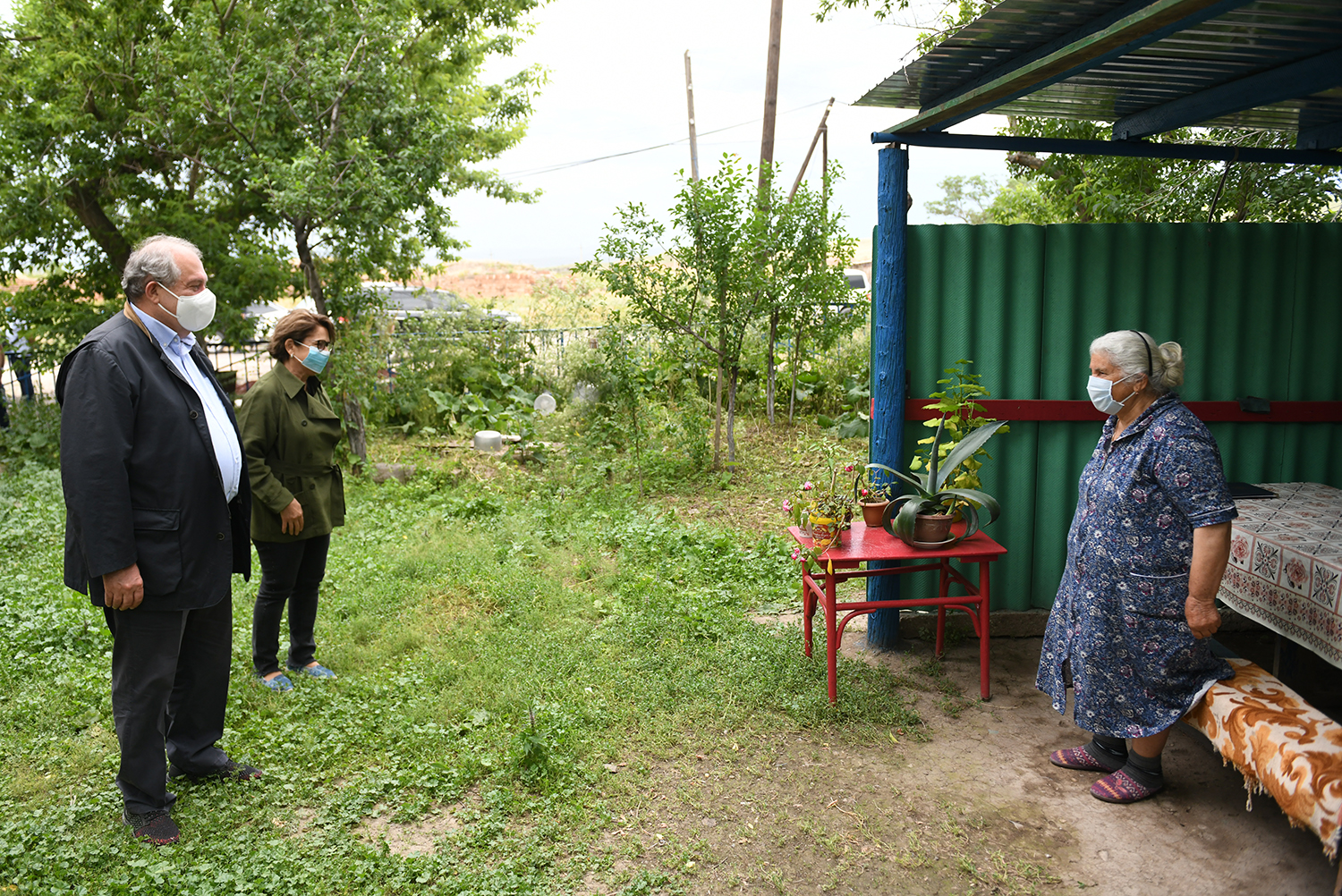 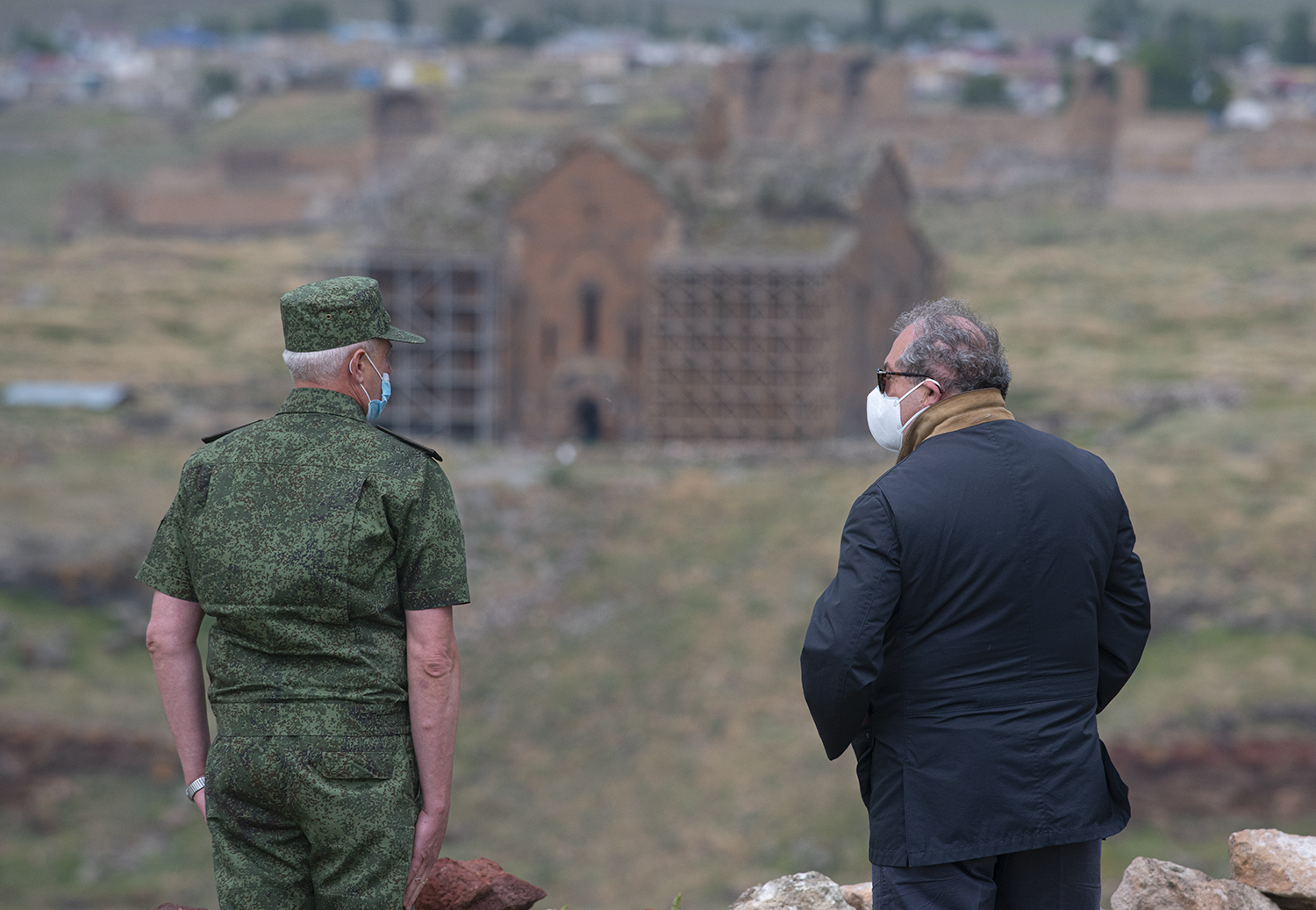 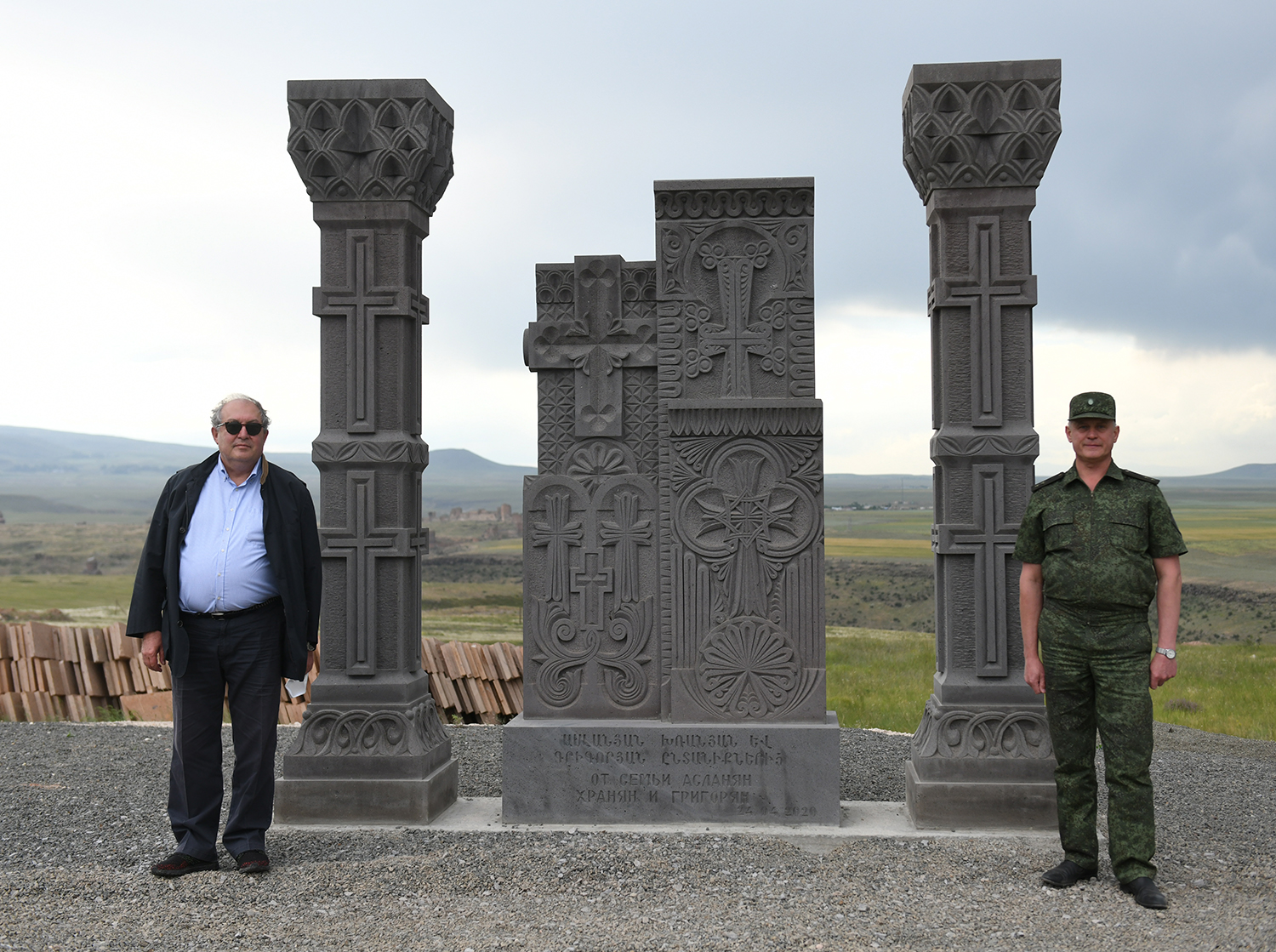