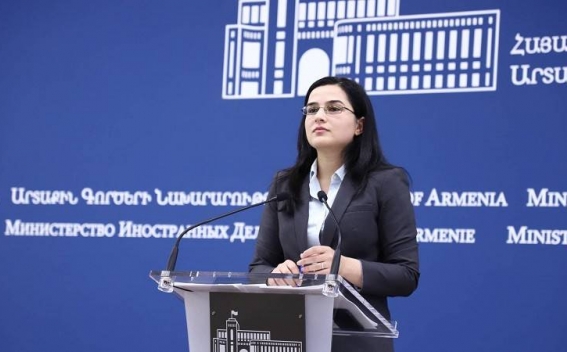 Spokesperson of the Armenian foreign ministry Anna Naghdalyan commented on the statement of Azerbaijani President Ilham Aliyev delivered at the UN General Assembly.

Ilham Aliyev, who inherited the power from his father and who shares it within a single family, is not such a leader. His authority has always been based on manipulations of the conflict, promoting the image of Armenia and the Armenian people as a “useful enemy” within his own society, rather than addressing the latter’s needs.

Under the rule of Ilham Aliyev Azerbaijan missed the historic opportunity to use the “oil boom” to build a modern country and society. Today the authorities of Azerbaijan are perceived in the world as an authoritarian and repressive regime which uses all the opportunities, including the COVID-19 pandemic, to harass and silence its own people.

In the region, we deal with such a governmental system where the values are replaced with a cult of personality, dynasty and own wealth, while the interests serve the preservation of inherited power at all costs. Regrettably, “all costs” are paid by the people of Azerbaijan deprived of voice and freedoms."