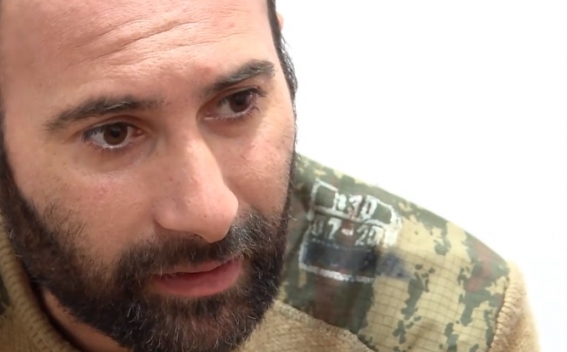 Azerbaijani  war prisoner Emin Beşkalin Zahir oglu receiving medical treatment in one of the hospitals of Artsakh provided details of how military specialists from Turkey control the Azerbaijani aggression against Artsakh. ARMENPRESS reports photographer Davit Ghahramanyan released a footage, where the Azerbaijani war prisoner tells that 3 officers had come with them for holding training, who had said that they are from Turkey.

‘’It was obvious from the style they talked and the military uniform. The trainings were mainly conducted according to the program prepared by them, which lasted 10-15 days. They are still in our command centers and without their instructions our commanders make no independent decisions’’, the Azerbaijani war prisoner told.

He also added that his health condition is normal, the doctors are treating the wound and putting on a new bandage.