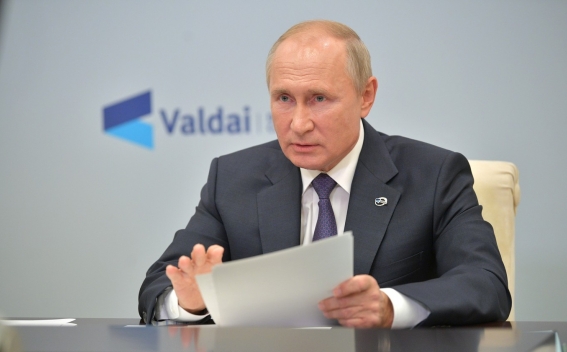 From the very beginning the conflict between the Armenian side and Azerbaijan had nature of ethnical clashes and started with the crimes against the Armenian people, Russia’s President Vladimir Putin stated at the session o Valdai discussion club, Aysor.am reports.

“This conflict started not only as inter-state conflict and fight for territories, but with the ethnic confrontation. Unfortunately, it is fact that cruel crimes were committed against the Armenian people in Sumgait and Nagorno Karabakh. We must take it into consideration, in general,” Russia’s president said.