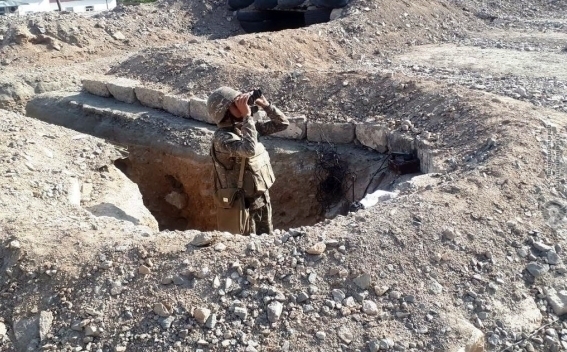 After an agreement for a ceasefire was negotiated in the USA to enter force on October 26 at 08:00, the Azerbaijani Ministry of Defense, even before 8 AM, was quick to accuse the Armenian side of blatantly violating the ceasefire. Nevertheless, it then revoked the announcement. Scarcely minutes passed since, and the Azerbaijani MoD disseminated yet another disinformation, noting that the Armenian forces were shelling the Azerbaijani positions in the northern direction.

The Ministry of Defense of The Republic of Artsakh states that the DA’s units are strictly following the agreement, while the hostile force’s accusations not only have nothing in common with reality, but have actually been made in the framework for preparing an information groundwork for follow-on provocations.

Information Service, the DA of the Republic of Artsakh