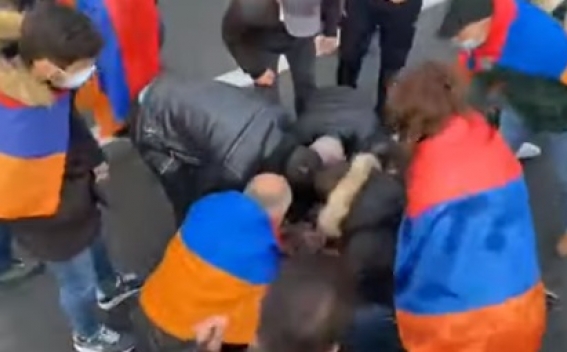 The condition of the Armenian hit by Turk national with hammer is grave, Aysor reports.

The incident took place during peaceful rally in support of Artsakh in France.

“We have closed the road. There were Turks among those who remained in traffic jam. They came armed with hammers and hit our friend to his head. There were about five of them,” one of the participants of the rally told live on Facebook.

“Let Macron see what is going on. Today they are against our children, tomorrow they will be against peoples. It is the same terror. Erdogan is terrorist,” one of the participants of the rally said.

The Armenians continue peaceful rally, chanting “Artsakh is ours.”