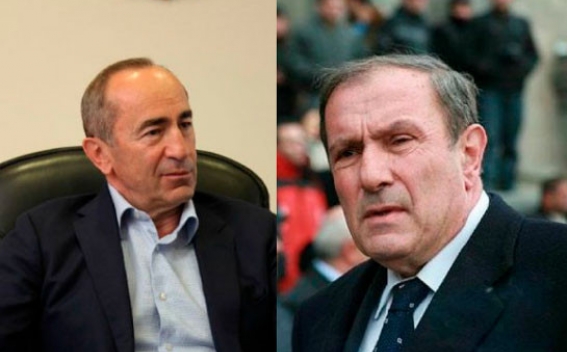 “In response to the questions of mass media I inform that second and third presidents of Nagorno Karabakh Arkady Ghukasyan and Bako Sahakyan during the meeting with Armenia’s Prime Minister Nikol Pashinyan on October 20 reported that first and second president of Armenia Levon Ter-Petrosyan and Robert Kocharyan wanted to depart to Moscow to discuss with the representatives of the Russian elite the situation over Nagorno Karabakh and present to the Armenian government the concrete decisions on the basis of discussions,” she wrote.

The ex-presidents of the NKR offered to discuss the outcome of the possible visit during the meeting of current and incumbent leaders of Armenia and Nagorno Karabakh.

“Armenia’s PM stressed that he cannot impede any possible step for the sake of Armenia and Artsakh and agreed with the proposal,” Gevorgyan wrote.