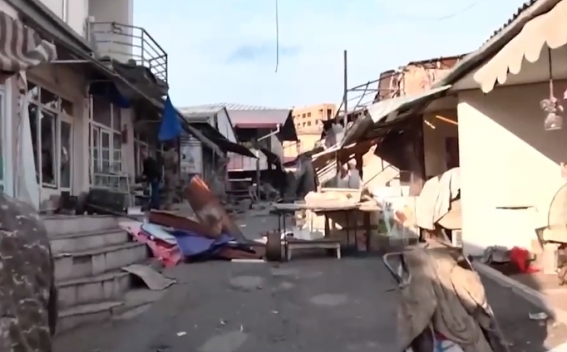 At around 7:08 am on Saturday, the Azerbaijani armed forces have shelled Stepanakert and Shushi, violating the agreement reached Friday in Geneva, Switzerland, and mediated by the OSCE Minsk Group Co-Chairs, on the non-targeting of peaceful settlements.

The Artsakh Defense Army informed that the central market and one residential house in Stepanakert were targeted by the adversary forces.

And as a result of the Azerbaijani shelling of Shushi town, there are injured among its civilian population.