Russian Peacekeeper Wounded in Mine Explosion in Nagorno-Karabakh 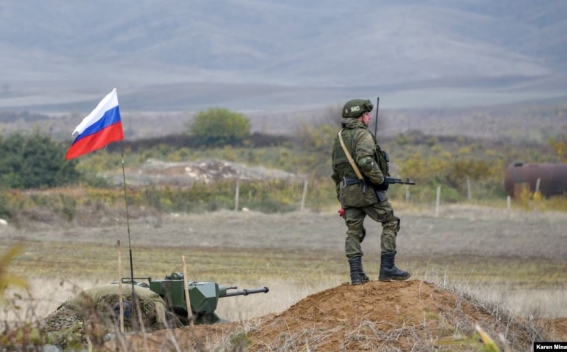 An officer of the Russian peacekeeping contingent was wounded in a mine explosion in Nagorno-Karabakh during the search for those killed in the armed conflict, Russia’s Defense Ministry reported on Monday, TASS reports.

Also, an Azerbaijani officer was killed and four representatives of the Emergencies Ministry of the unrecognized Nagorno-Karabakh Republic were wounded in the mine explosion, the ministry specified.

"In the area of the community of Madagiz, a mine exploded during the search. As a result of the mine explosion, an officer of the Russian peacekeeping contingent was wounded. An officer of the Azerbaijani armed forces died. Four members of the Emergencies Ministry of Nagorno-Karabakh received wounds of various gravity," Russia’s Defense Ministry said.

"The Russian serviceman was delivered to a hospital in Baku where he is receiving all the necessary medical assistance. His condition is not life-threatening," the ministry said.

The joint groups established on the initiative of the Russian peacekeepers’ command to search for and transfer the bodies of those killed during the armed conflict have been operating coherently and effectively for more than a week now. The bodies of those killed found as a result of this work are handed over to the parties for burial, the Defense Ministry said.