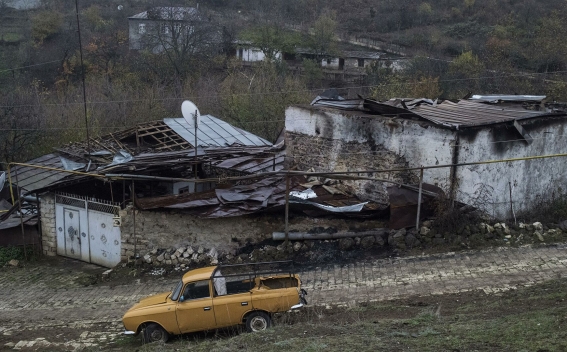 Azerbaijan"s foreign ministry summoned France"s ambassador to the country on Thursday to protest against a vote by French lawmakers to recognise Nagorno-Karabakh as an independent republic, the local sources reported. The foreign ministry said that the adoption of the resolution is "another manifestation of the unjustified, unfriendly and provocative activities of the French parliament," Panorama reports.

To remind, France"s National Assembly on Thursday passed a resolution by a vote of 188 to 3, recognizing Artsakh and condemning Azerbaijan and Turkey for their aggression against Armenia and Artsakh. This followed last week"s vote by the French Senate, which similarly called on the need to recognize Artsakh and condemned Turkey and Azerbaijan.