Putin Briefed Erdogan On The Main Results Of The Trilateral Meeting Of The Leaders Of Russia, Azerbaijan, And Armenia 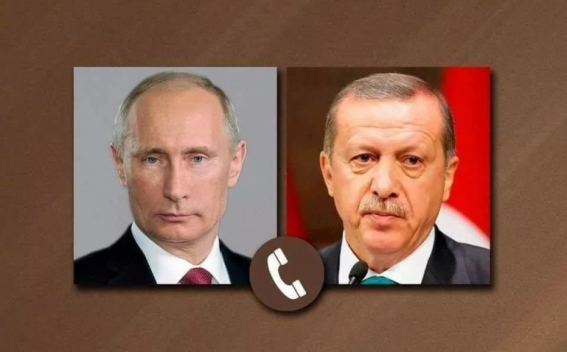 Vladimir Putin briefed on the main results of the trilateral meeting of the leaders of Russia, Azerbaijan, and Armenia on Monday in Moscow, which reviewed the implementation of the Nagorno-Karabakh statement as of November 9, 2020.

According to the talks, one of the main results of the negotiations in Moscow was the confirmation of the sides of the disposition to normalize relations, readiness for practical interaction in establishing a peaceful life, unblocking economic and transport ties. Taking into account the general stabilization of the situation in Nagorno-Karabakh, it was possible to agree on a number of important steps in this direction.

Recep Tayyip Erdogan, in turn, expressed support for Russia's efforts in the mainstream of the Nagorno-Karabakh settlement. He spoke in favor of continuing to coordinate the actions of Russia and Turkey, including in the interests of the economic development of the region and the promotion of mutually beneficial projects.

When discussing the bilateral agenda, special attention was paid to the tasks of increasing the volume of mutual trade, expanding cooperation in key areas, as well as combating the coronavirus pandemic, including the implementation of plans for the joint production and use of vaccines.