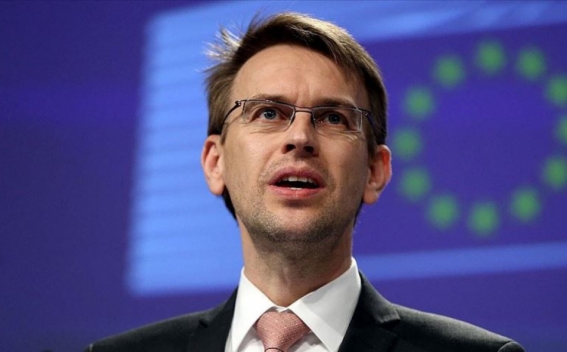 The European Union welcomes the release of five Armenian servicemen captured by Azerbaijan in November and calls for the immediate release of the 57 remaining in custody, the EU Spokesperson for Foreign Affairs and Security Policy Peter Stano tweeted on Friday, Panorama.am reports.

"This would contribute to building confidence between both countries which is important for lasting peace in the region," Stano added.

As reported earlier, five Armenian prisoners held in Azerbaijan were repatriated on Thursday at the mediation of Russian side and the efforts of the National Security Service.