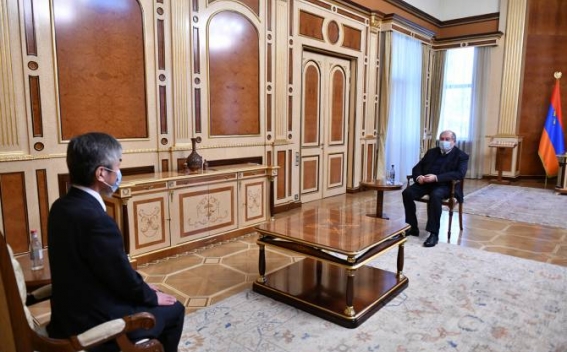 President of Armenia Armen Sarkissian received today Ambassador of Japan to Armenia Jun Yamada on the occasion of completion of his diplomatic mission, the Presidential Office told Armenpress.

President Sarkissian thanked the Ambassador for all his efforts and personal investment in the development of the Armenian-Japanese relations. He highlighted further deepening the inter-state ties between the two countries.

In his turn the Japanese Ambassador said he is leaving Armenia with warm memories and will remain Armenia’s good friend.