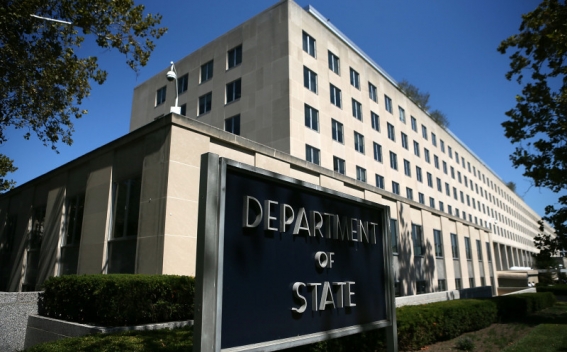 A report from the US Department of State has confirmed the role of Turkey in supporting Azerbaijan’s war against the Republic of Artsakh, Armenpress reports.

The 2020 Country Reports on Human Rights Practices report on Azerbaijan highlights war crimes committed by Azerbaijan during the conflict, including military strikes against civilian targets and the torture and abuse of Armenian prisoners.

The report states that Azerbaijan’s invasion of Nagorno-Karabakh was conducted “with Turkish support”.

The US Department of State notes “significant human rights issues” perpetrated by Azerbaijan in Nagorno-Karabakh, including “unlawful killings, civilian casualties, and inhuman treatment”.

“For example, on October 3 and December 11, Human Rights Watch criticized Azerbaijan’s armed forces for repeatedly using weapons on residential areas in Nagorno-Karabakh. On October 5, Amnesty International crisis response experts corroborated the authenticity of video footage–consistent with the use of cluster munitions–from the city of Stepanakert that was published in early October and identified Israeli-made cluster munitions that appeared to have been fired by Azerbaijani armed forces. The Hazardous Area Life-support Organization (HALO) Trust, an international nongovernmental organization (NGO) working in Nagorno-Karabakh to clear unexploded ordnance, confirmed the use of cluster munitions in operations striking civilian infrastructure in Nagorno-Karabakh during intensive fighting in the fall,” the report said in part.