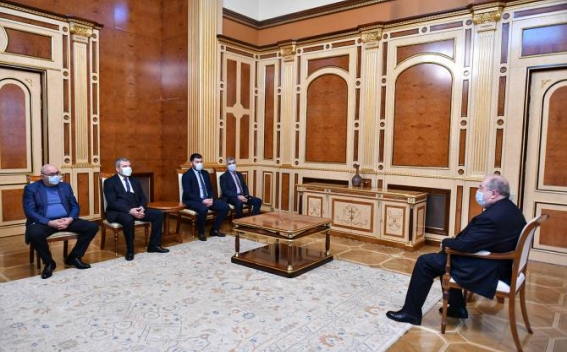 Recently the aforementioned parties have addressed a statement to the President of the Republic over the Electoral Code amendments bill which has been approved by the Parliament and submitted for the President’s signing.

The party leaders presented their approaches and positions over the legislative amendments.