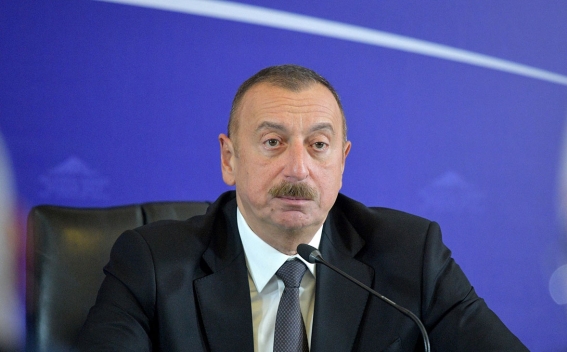 Aliyev’s statements about not having territorial claims towards Armenia are aimed at creating an imitation of constructiveness and Azerbaijani ''peace-loving'' stance among the international community and why not among our society.  At the highest state level, including that of the President, Azerbaijan  constantly expressed its territorial claims towards Armenia, particularly towards Yerevan, Zangezur and Sevan, explaining its ambitions with the statement that those territories are allegedly ‘historical lands’ of Azerbaijan.

Now the President of Azerbaijan, on the one hand, declares that he has no ambitions towards those territories, on the other hand, he reiterates the preposterous thesis that one day they will return to ''their historical lands''.

Moreover it is noteworthy to mention in this context Aliyev’s statement that they have already returned to the ''corridor'' of Zangezur. The Armenian government, which avoids to use the word ''corridor'', states that they are only negotiating solely the issue of opening the economic and transport links in Syunik province, but here Aliyev seems to have a different opinion: in Azerbaijan this corridor is perceived as more than just a means of communication.

Azerbaijan continues to wage a psychological war against Armenia and it is clear that Aliyev is resorting to manipulation. There remains a deep mistrust towards Armenian government because during the whole war and in the subsequent processes, the latter has many times hidden the reality from its own society, making the people face the bitter reality subsequently. Therefore, it is quite difficult to determine where the truth is.

As for Aliyev’s statement about returning: if we try to imagine for a moment that Aliyev is sincere and this statement was not made for making the international community and our society believe in their false constructiveness and ''peace-loving'' stance, in that case Aliyev first and foremost is actually talking about the return of refugees. It should be noted that before the events of 1988, according to the population census carried out in the USSR in 1979, the number of Azerbaijanis living in the Armenian SSR was 160,841 (5.3% of the total population), and the number of Armenians living in the Azerbaijan SSR was 475,486 (7.9% of the total population).

Aliyev realizes that in the context of the return of Armenian and Azerbaijani refugees, Azerbaijan will have a digitally unfavorable situation. If, however, Aliyev remains open to discussing this issue then what are his expectations? Does he think that this issue will again be solved unilaterally? Or does he think that Armenian government will once again fulfill his demands without taking into consideration our national and state interests…?