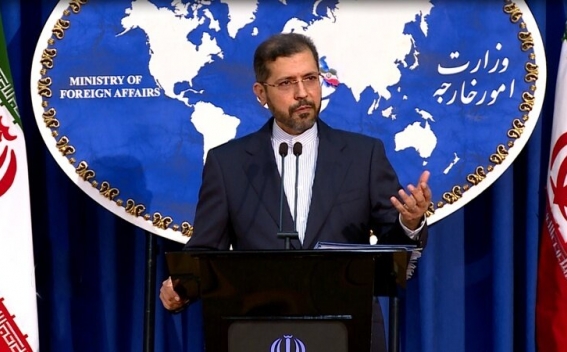 Saeed Khatibzadeh, spokesman for Iran’s Foreign Ministry, responded to foreign media reports of talks between Tehran and Riyadh in Baghdad by saying that Iran supports dialogue with the Saudis. The spokesman did not deny that such talks took place in Iraq, Tehran Times reports.

Speaking at a weekly press briefing, Khatibzadeh said, "We have seen these press reports. Conflicting quotes have been reported in these reports. The Islamic Republic of Iran has always welcomed dialogue with the Saudi kingdom and considered it in the interest of the peoples of the two countries as well as regional peace and stability. [Iran] will continue to think this way."

The Financial Times reported on Sunday that Saudi and Iranian officials held the first round of their bilateral talks in Baghdad on April 9 and the next round is scheduled to take place next week. Citing regional officials, the newspaper said the Yemeni Ansarallah’s attacks on Saudi Arabia were discussed in the negotiations.

Reuters confirmed the Saudi-Iranian talks, saying they touched on Lebanon, which is facing a political vacuum amid a dire financial crisis.

The reported talks in Baghdad are thought to be the first serious contact between Tehran and Riyadh since 2016.

Saudi Arabia denied the talks. Citing a senior Saudi official, the Saudi-owned Arab News said no direct talks have been held with Iran.

Earlier this year, Khatibzadeh expressed Iran’s readiness to patch up relations with Saudi Arabia. He pointed out that if Riyadh seriously puts policy reforms on its agenda and concludes that the solution to problems lies in "regional cooperation," Iran will be the first country to welcome these reforms.

"We have always underlined that regional countries should arrive at a common understanding regarding the regional problems," Khatibzadeh stated, noting that such understanding would help establish a "security mechanism" that could be used to govern the region.

"The Saudis may have some concerns, and by the way, we emphasize that we need to talk about these concerns," Iran’s Foreign Ministry spokesman said.

The Baghdad talks come amid a new round of diplomatic tensions between Iran and Saudi Arabia over the renewed nuclear deal talks in Vienna. Last week the heads of the Arab League and the (Persian) Gulf Cooperation Council issued statements criticizing Iran. The Arab League expressed "extreme concern" over Iran’s decision to enrich uranium up to 60% purity, calling it a "dangerous development."