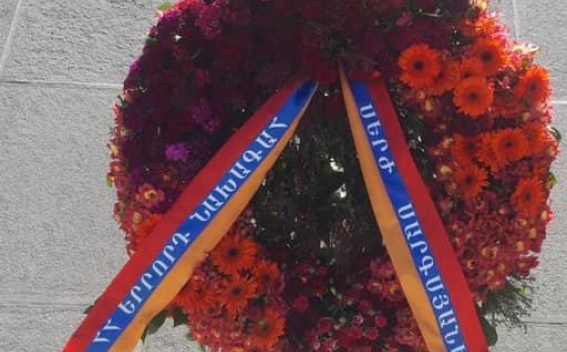 Today, on Pontic Greeks’ Genocide Remembrance Day, wreaths were laid Wednesday at the Armenian Genocide Memorial in Yerevan, and on behalf of third President Serzh Sargsyan and the former ruling Republican Party of Armenia (RPA), led by Sargsyan, the office of the third President informed in a statement, News.am reports.

“The RPA members paid tribute to the memory of the victims of the genocide committed in 1915-1923 by Ottoman Turkey against the Greeks of Pontus in Asia Minor,” the statement also reads.