Do the Armenian Authorities Admit that They Have Failed to Complete the Armenian-Russian Process on Gas Tariffs? 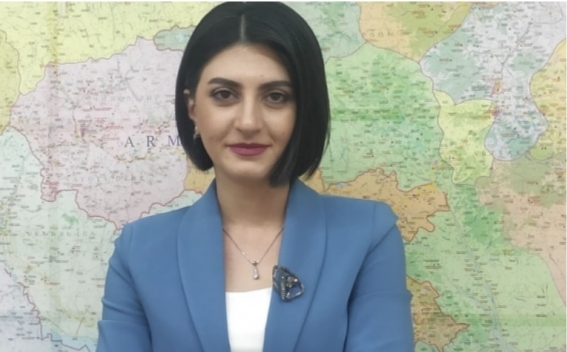 At the meeting of the Supreme Eurasian Economic Council, held on May 19 this year, acting Prime Minister of Armenia Nikol Pashinyan touched upon the formation of a common gas market. Here is an excerpt from Pashinyan's speech: ''We prioritize the formation of a common gas market within the Union. We consider it necessary that not only common approaches to price and tariff setting within the gas market would be agreed in the framework of an international treaty, but also tariffs for transportation of gas from third countries for domestic consumption would be established on the basis of transparency and non-discriminatory approaches''.

It should be reminded that the issue of gas tariffs acquired certain sensitivity in 2020 - after a telephone conversation between Nikol Pashinyan and President of Belarus Alexander Lukashenko.  During this conversation the leaders of the two countries raised the issue of tariffs for gas imported from Russia and stated that it is overpriced and it is obvious that the prices are out of sync with the world and out of touch with the existing situation as a whole. But it did not take long for answer from the Russian side to follow. On May 19, 2020, at a meeting of the Supreme Eurasian Economic Council Russian President Vladimir Putin touched upon the abovementioned telephone conversation. Putin particularly said: ''As for the single tariff for gas transport and transit services, as proposed by our friends from Armenia and Belarus, we believe that we can have a single tariff only within a single market with a single budget and taxation system. The EAEU has yet to reach this advanced level of integration, as we all know. For now, gas prices must be market-based, taking into consideration suppliers’ costs and investments, as well as ensuring a reasonable return on investment. Colleagues, please note that this is common practice around the world''.

In fact, Putin made it clear that a single gas tariff, which Pashinyan and Lukashenko spoke about, is possible only in the case of advanced level of integration, including a sigle taxation system and a common budget.

As for the formation of a common gas market within the EAEU, it should be stated that this issue is still on the agenda of the organization. At the same time it should be noted that the common market is not aimed at establishing a common approach to price for EAEU countries, but refers the registration of single tariffs for gas transit.

Explaining in greater detail, we are talking about the creation of a single energy system within EAEU the ultimate goal of which is to create a common market. Its legal basis is the concept of the formation of an energy market which presupposes a single tariff for gas transit. But before the single market is formed it will be necessary to go for advanced integration as Putin announced last year. It should be noted that after the last meeting of the Supreme Eurasian Economic Council Deputy Prime Minister of Belarus Igor Petrishenko told reporters that in the second half of this year the sides will submit proposals for the formation of a common gas market. That is, the issue continues to remain on the agenda of the EAEU. And before it the gas tariff will be determined based on market conditions.

As for the raising of the issue about the single market by Pashinyan at the recent meeting, it should be reminded here about the failed Armenian-Russian process on gas tariffs. This is testified by the negotiations that lasted for at least two years and not only the lack of progress for us during this period, but also, on the contrary, the increase in tariffs last year, the contradictory actions of the Armenian side, including, for example, a letter from Armenia to Miller and its problematic content. And one more no less important fact: the contract for the supply of gas to Armenia has expired but we do not yet have a certain decision on new gas tariffs. All this leads to the conclusion that the current Armenian authorities admit that they have failed to complete the Armenian-Russian process on gas tariffs and at least for now or at least publicly the issue of preferential gas tariffs for Armenia is being considered exclusively within the framework of a possible common market within the EAEU.