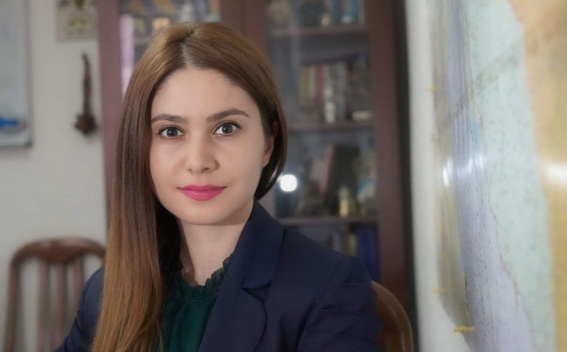 The Acting Assistant Secretary Bureau of European and Eurasian Affairs Philip Reeker completed his regional visit. The latter visited Georgia, Azerbaijan, and then Armenia. It is noteworthy that the visit took place against the backdrop of active regional developments on the one hand, and on the other hand, just before the upcoming Biden-Erdogan and Biden-Putin meetings.  Moreover, it took place in parallel with the US-Iran negotiations and against the background of the noticeable warming in the relations between the two countries.

In general, it can be stated that first of all, with this visit, Reeker aimed to understand the mood in the South Caucasus, the role and significance of the region in the US global agenda. In other words, on the one hand, an attempt was made to clarify with each of the countries the strategic-tactical steps which can contribute the interests of the United States, on the other hand, to push forward its own agenda in order to outline the points of intersection with partner countries. As a result it will be possible to point out what line the Biden administration will maintain on the issues of the South Caucasus, in general, and separately - during the forthcoming Biden-Erdogan and Biden-Putin meetings. In a broader framework the visit must be viewed in the context of Biden's statement "America is back."  It is no secret that the United States is currently seeking to increase its influence around the world and the South Caucasus cannot be stayed out of it.   It can be said that Reeker's visit has already demonstrated a definite shift in the US position on the region.

However, it should be noted that the visit and its goals are one issue, and its reflection in regional bilateral relations is another. Below we’ll touch upon Armenia-US relations in particular.

Taking into account the upcoming snap parliamentary elections in Armenia, all our international partners are well aware that in such conditions it is unrealistic to make long-term plans with the current Armenian authorities. In this context it is enough to draw attention only to the situation at the Foreign Ministry. Due to the policy pursued by the head of the state Armenia doesn’t have Foreign Minister or even Deputy Foreign Ministers and that’s why the program of the visit with Armenia was already completely different from that of Reeker had in Georgia and Azerbaijan. It differed to the extent that even in the official statement issued by the Ministry of Foreign Affairs it wasn’t mentioned "a meeting with the Foreign Minister or any other high-ranking official", but - "Philip Reeker’s meeting at the Foreign Ministry of Armenia", which indicates the current state of Armenia's foreign policy.

Speaking about Armenia-US relations it should be noted that during the visit Reeker also touched upon the Karabakh conflict and the situation on the Armenia-Azerbaijan border. It is noteworthy that despite Pashinyan's efforts to shadow Karabakh conflict and to bring Armenia-Azerbaijani border issue under the auspices of the OSCE Minsk Group Co-Chairs, Reeker made a clear distinction between these two issues.  In particular, the Acting Assistant Secretary Bureau of European and Eurasian Affairs reaffirmed his country's position that the activities of the Minsk Group Co-Chairs should be continued, thus making it clear that the political settlement of the Nagorno-Karabakh conflict must be resolved within the framework of the OSCE MG, which is quite important for Armenia. But it should be noted that the importance of the statement is one thing its implementation is another. Taking into consideration the statements made by the incumbent authorities about Karabakh and their foreign policy over the past three years, it would not be realistic to say that despite the existing messages, we will have some "positive progress" in this regard. As for the situation on the Armenian-Azerbaijani border, Reeker reaffirmed the position of the State Department as stated in the May 27 statement that the Azerbaijani armed forces should withdraw to their positions of May 11 - thus, not linking this issue to the Karabakh conflict.

In parallel with the above mentioned, it is necessary to pay attention to the hidden points of Reeker’s visit. It is no secret that the United States, like any superpower, pursues its own interests to expand its sphere of influence in different regions. Given the recent attempts of the current authorities to involve the United States to the region, the United States may use this opportunity to snatch some dividends from it.

In the current situation we can’t rule out that in order to promote the interests of his own country in the region, the US official also sent a message to the current authorities that his country will help them to be reelected in exchange for achieving some goals. Perhaps this is the reason why Reeker does not only want to notice the fact that the democratic values are being violated by the leader of our country hour by hour, moreover, hails the Armenian government’s drive for developing democratic institutions in the country. About what kind of democracy he speaks about, it remains unclear. One thing is clear - the United States realizes quite well that the current defeated and capitulated authorities, for which its own national and state interests have no value, can be a good tool for advancing the interests of the United States… And in this case we will pay a rather high price again…

What exactly they have negotiated and what will happen in the future will be clear after the Biden-Putin and Biden-Erdogan meetings. Currently, we can state the following: entering into a political adventure, making the country a stage for a conflict of geopolitical interests, blowing the relations with the ally will bring the country to the brink of final destruction…