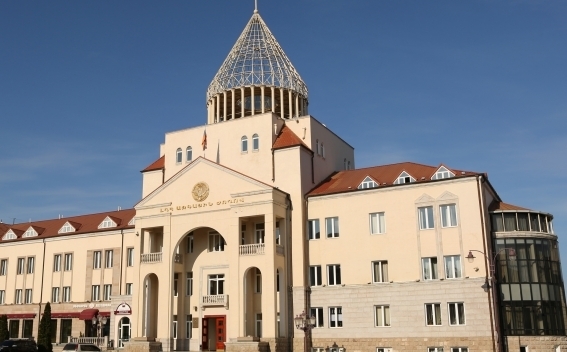 The factions of the Parliament of Artsakh have released a statement over the recent visit of foreign ambassadors accredited in Azerbaijan to the occupied territories of Artsakh.

"After the recent large-scale war unleashed by Azerbaijani against Artsakh, the hostile actions against the Armenian historical, cultural and spiritual values continue with violations of international law and international humanitarian law in particular. And this not only is not condemned by the international organizations and separate countries, but the opposite is taking place: official Baku spares no effort to involve the representatives of these same organizations and countries into its occupying and inhuman actions.

The organization of the visit of representatives of foreign diplomatic missions accredited in Baku by the Azerbaijani authorities to the occupied territories of the Republic of Artsakh on July 10, as well as the staged videos in Shushi must be viewed on this background.

We strongly condemn such behavior. With this Azerbaijan is trying to form a circle of supporters for implementing its aggressive occupying program against the Republic of Artsakh. During the 44-day War Azerbaijan has occupied most of the territories of Artsakh, including the cultural and spiritual center of the Armenian people, Shushi, with the support of Turkey and international terrorist groups.

The non-condemnation of the Turkish President’s visit to Shushi by the international community led the Azerbaijani authorities to new provocative actions which was followed by the visit of foreign diplomats accredited in Baku to Shushi. We consider such distortion of historical realities and distortion of the essence of the conflict with such methods as an action directed for undermining the peaceful settlement of the conflict, which grossly violates the fundamental principles of the international law.

Appreciating the rejecting position of the OSCE Minsk Group Co-Chair countries towards this staging, we call for condemning such provocative actions and take steps to de-occupy the territories of Artsakh and enshrine the Artsakh people’s right to live freely", the statement reads.