Artsakh Ombudsman: The People Of Artsakh Have Never Lived And Can Never Live In Peace With Azerbaijan 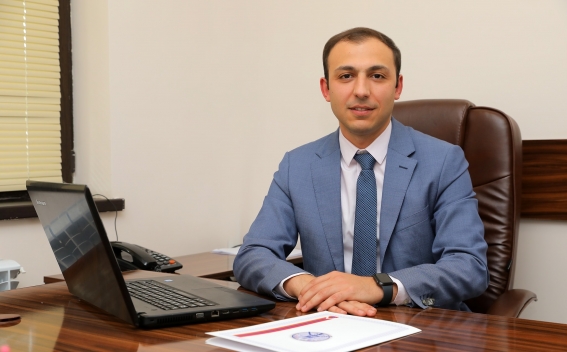 The people of Artsakh have never lived and can never live in peace with Azerbaijan, this is a reality documented by the bitterness of years, many episodes of criminal events. Artsakh Ombudsman Gegham Stepanyan wrote on his page on Facebook.

"The statements of the President of Azerbaijan Ilham Aliev and the rhetoric used by the Azerbaijani authorities are a clear indication that any prospect of "peaceful coexistence" is fraught with irreversible consequences, and endangers the fundamental rights and freedoms of the people of Artsakh, first of all, the security, life, and dignity. The people of Artsakh have never lived and can never live in peace with Azerbaijan, this is a reality documented by the bitterness of years, many episodes of criminal events.

All attempts to show or stage the opposite are pointless, futile steps, the conviction of the people of Artsakh in this matter is inviolable and undeniable. The realities must be assessed truthfully and justly by all the external forces, all the international structures, which are the defenders and advocates of the right to life of a peaceful human being. The international community must finally realize that there can simply be no peaceful coexistence with a people who for years have been nourished by an indescribable "poison" of Armenophobia, who a few months ago committed the most heinous war crimes, targeting almost all the civilian settlements and population of Artsakh, tortured and inhumanely treated the Armenian prisoners of war and the bodies of the killed servicemen.

The Azerbaijani-Karabakh conflict is not solved, in the situation created after the trilateral statement on November 9, the rights of the people of Artsakh are violated every day, and yet Aliev insists that the conflict is solved and threatens with a new war. The main reason for the existence of this phenomenon is that the aggressive war unleashed by Azerbaijan against the civilian population of Artsakh in the fall of 2020 has not yet received a clear legal assessment.

If Aliev has not understood for 30 years that the conflict cannot be considered resolved at the expense of the rights of the Armenians of Artsakh, then that solution must be imposed on him.

The international community must finally understand that its passive posture directly calls into question the whole ideology of universality priority of human rights protection, and gives way to human rights and freedoms to dictatorship and aggression,". says the statement