Ambassador: US Doesn't See Karabakh Status as having been Resolved 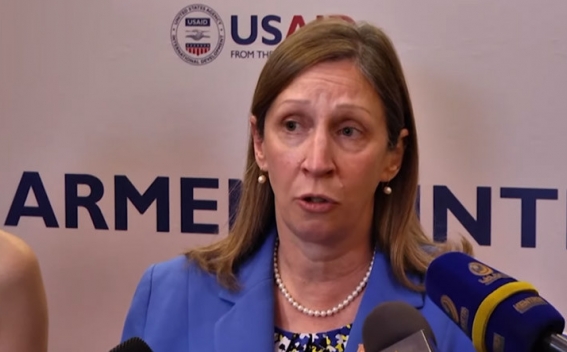 What is happening in Armenia’s Syunik Province, particularly on the road between Goris and Kapan is extremely important and the United States has repeatedly stressed the need for a comprehensive settlement since the November 9 ceasefire arrangement, U.S. Ambassador to Armenia Lynne Tracy told reporters on Wednesday, Panorama reports.

She reiterated that the United States does not see the status of Nagorno-Karabakh as having been resolved.

“We don’t see the status of Nagorno-Karabakh as having been resolved. We see the need for a comprehensive settlement that requires negotiations, and that is one very important way to try to address the various tensions that we have been seeing particularly in the border areas,” the diplomat said.

Lynne Tracy underlined that the Karabakh status remains on the agenda of the OSCE Minsk Group.