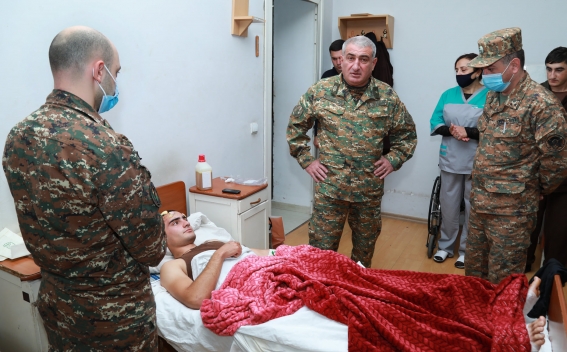 Vardanyan familiarized himself with the course of treatment and thanked the soldiers for their service, wishing them a speedy recovery.

Military doctors assured the defense chief that the treatment of the soldiers is proceeding smoothly and they will be able to return to active duty in a short while.

Major-General Vardanyan also visited the military outpost, which was targeted by the Azerbaijani troops, assessed the operational and tactical situation and gave appropriate instructions to the officials.