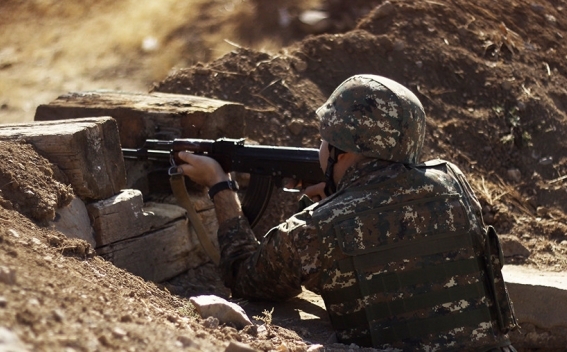 On March 26, at around 11 AM, the units of the Azerbaijani Armed Forces again resorted to aggressive actions, through the use of firearms of various calibers trying to advance in the direction of the eastern borderline of the Artsakh Republic, in the area under the responsibility of the Russian peacekeeping troops, Artsakh’s Defense Ministry reports.

Defense Army units take adequate measures to stop the enemy's advance. Steps are being taken with the Russian peacekeeping command staff to find ways to resolve the situation.
The press service of the Artsakh Republic Defense Ministry will regularly report on the developments in the front.
Հայերեն На русском