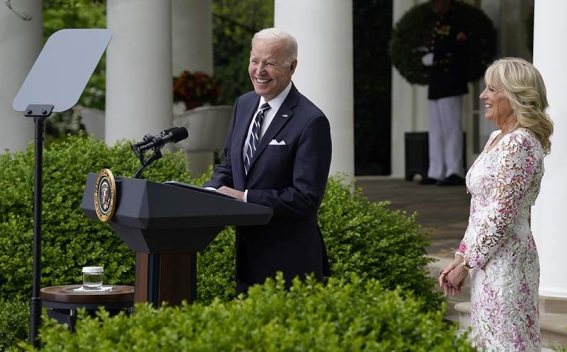 President Joe Biden marked Cinco de Mayo on Thursday by honoring the impact that Mexican Americans and other immigrant communities have had in the United States as he hosted a White House party with Mexico's first lady as the guest of honor, NBC 7 San Diego reports.

“We are an immigrant nation. We say that, but people act like they don't believe it," said Biden who briefly left the podium to personally greet Gutiérrez Müller. “That is our strength.”

The president urged lawmakers to approve an immigration overhaul he sent to Congress his first week in office that remains stalled. He said that if that measure does not pass, action could still be taken on smaller initiatives that have bipartisan support, including protecting people brought to the United States illegally as children.

“Our relationship with Mexico is special," Jill Biden said, adding, “Joe always says that politics is personal. And I’m grateful to continue building our friendship.”