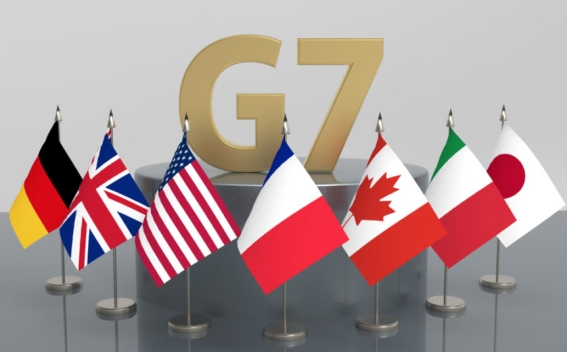 "This is not a full block. We're not freezing the assets of Gazprombank or prohibiting any transactions with Gazprombank," a senior Biden administration official told reporters. "What we're signaling is that Gazprombank is not a safe haven, and so we're sanctioning some of their top business executives ... to create a chilling effect."

According to a White House statement, the TV channels directly or indirectly controlled by the state were Channel One Russia, Television Station Russia-1, and Joint Stock Company NTV Broadcasting Company.

Americans will be banned from providing accounting services, trust and corporation formation services, as well as management consulting services to Russians, although the provision of legal services is still allowed.

It is noted that U.S. President Joe Biden held a video conference with his G7 colleagues from his home in Delaware, where he is spending the weekend.

The White House said the leaders will discuss recent developments in the war, its global impact, and support for Ukraine and its future.

In addition, the U.S. imposed some 2,600 visa restrictions on Russian and Belarusian officials "in response to their ongoing efforts to undermine Ukraine's sovereignty, territorial integrity or political independence.”