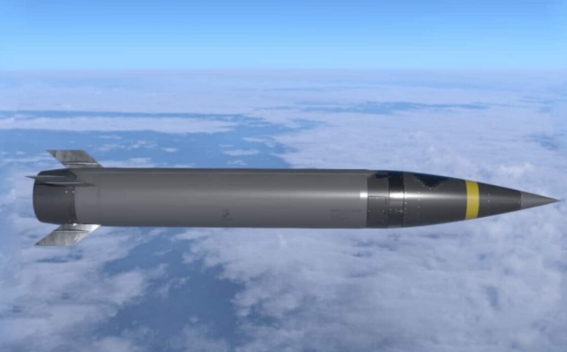 The US Air Force revealed on Monday that a hypersonic weapon was successfully tested over the weekend.The Air Force said a B-52H Stratofortress bomber launched an AGM-183A Air-launched Rapid Response Weapon (ARRW) off the coast of Southern California on Saturday, according to the Air Force, WION reports.

According to the statement, the weapon's booster ignited and burned for a long time after it separated from the aircraft. The weapon was able to travel at five times the speed of sound.

The test comes as the United States seeks to build hypersonic weapons that can travel faster than the speed of sound in order to challenge enemies such as Russia and China.

According to the Air Force, the ARRW was developed by Lockheed Martin to destroy flexible, time-sensitive targets in combat situations. The weapon will "increase precision-strike capabilities by enabling fast response strikes against heavily defended ground targets," according to the report.