'Stand Up To the Gun Lobby,' Biden Urges Americans after Texas Massacre 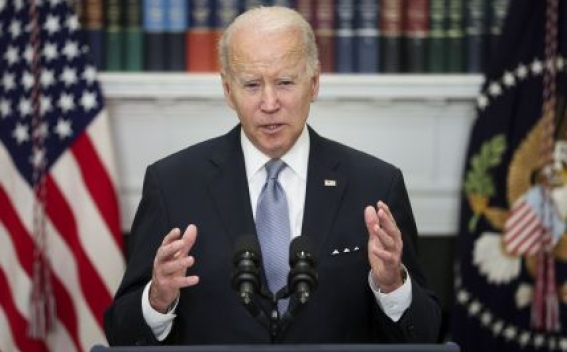 Joe Biden’s walk was notably slow and deliberate as he stepped off the presidential helicopter and made his way into the White House Tuesday evening. During the 17-hour flight back from Japan aboard Air Force One, news had reached him of the devastating shooting at an elementary school in Uvalde, Texas, Time reports.

The president described the feeling of loss after the death of a child, and seemed to draw on his own experiences losing his son Beau Biden in 2015, and his one-year-old daughter Naomi and his first wife Neilia in a car crash in 1972. ''To lose a child is like having a piece of your soul ripped away,'' Biden said.

As a presidential candidate, Biden promised to ''end'' the country’s scourge of gun violence. But there isn’t enough political will in Congress to strengthen federal gun control laws. There hasn’t been for decades. One of Biden’s most significant legislative accomplishments as a U.S. senator was helping pass a ban on assault weapons in 1994. Congress allowed that ban to expire in 2004. Rapid-fire weapons and high-capacity magazines make it easier for a shooter to tear through more bodies.