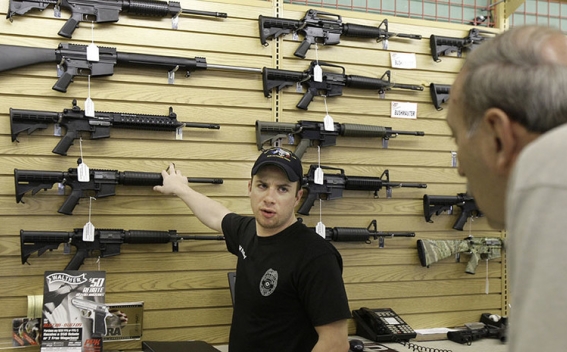 Joe Biden has called on Congress to “finally do something” to toughen US guns laws, such as banning assault weapons or raising the age at which they can be purchased, to stop the country’s “ordinary places” from becoming “killing fields”, Financial Times reports.  Biden spoke from the White House on Thursday evening in a rare primetime address after delaying a previously planned trip to his beach house in Delaware by a few hours.

Biden hopes he can put pressure on Congress to come to an agreement by pointing out how overwhelmingly popular a number of gun control measures are, particularly modest steps such as imposing background check requirements.

Alluding to the fact that this might be a step too far for Congress, Biden suggested that lawmakers alternatively consider raising the age limit for purchasing those weapons from 18 to 21. He said: “Don’t tell me raising the age won’t make a difference. Enough!”

The president also called for other measures that would put stricter controls on gun purchases and ownership, including tougher rules on how to store firearms and “red flag” laws to identify individuals exhibiting violent tendencies who may threaten the community. He also called for gun manufacturers’ immunity from liability for a broad range of conduct to be repealed. Biden pointed to the possibility that stricter gun laws might struggle to pass through Congress and suggested that the issue could mobilise voters in the November midterm elections, where Democrats are facing an uphill battle to maintain their slim majorities.

Biden said he respected the “culture and tradition” of “lawful gun owners” but stressed that the Second Amendment of the constitution, which guarantees the right to bear arms, was not “absolute”. He even cited the words of the late conservative Supreme Court Justice Antonin Scalia as saying it was not “unlimited”.

“This isn’t about taking anyone’s rights,” Biden said. “It’s about protecting children, protecting families, protecting whole communities, protecting our freedom to go to school, to a grocery store, to a church and not being shot and killed.”