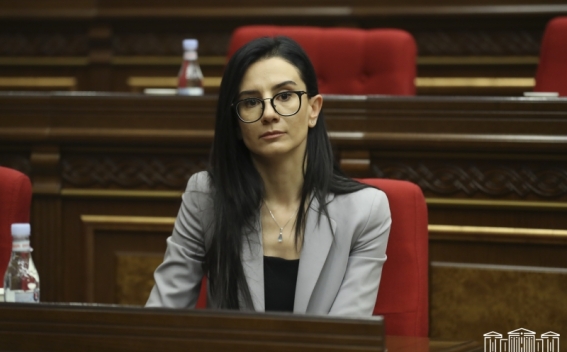 Anna Vardapetyan was elected RA Prosecutor General with 70 votes in favour of her candidacy. The Chairman of the NA Accounting Committee Narek Babayan informed about that at NA extraordinary session convened on June 29.

70 deputies out of NA 107 deputies took part in the voting: all of them voted for her.

Congratulating Anna Vardapetyan, the RA NA President Alen Simonyan informed that in accordance with Article 135 of the Constitutional Law the Rules of Procedure of the National Assembly and Article 43 on Prosecutor’s Office, the Prosecutor General assumes his/her position by swearing-in ceremony at the sitting of the National Assembly, which will be held on September 15.