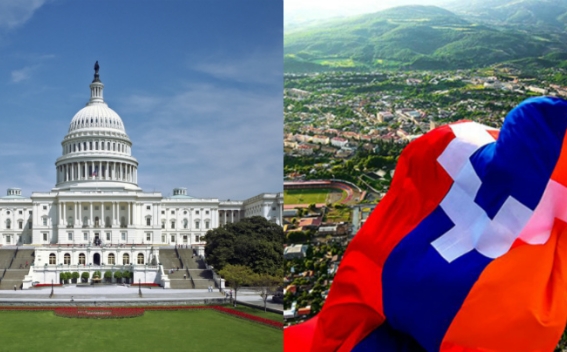 Chairman James McGovern’s amendment modifies reports to Congress under the Global Magnitsky Human Rights Accountability Act to include actions taken to address underlying causes of the sanctioned conduct, and to pursue judicial accountability in appropriate jurisdictions for sanctioned individuals or entities.

Rep. Tony Cardenas’ bipartisan amendment, supported by Reps. Brad Sherman (D-CA), Adam Schiff (D-CA), Gus Bilirakis (R-FL), Frank Pallone (D-NJ), David Valadao (R-CA), Zoe Lofgren (D-CA), Andy Levin (D-MI), and Judy Chu (D-CA), calls for the creation of a report on Azerbaijan’s activities in Nagorno-Karabakh in 2020 to be submitted to Congress by the Secretary of Defense in consultation with the Secretary of State.

Rep. Jackie Speier offered two amendments to the NDAA. The first is an amendment prohibiting U.S. security assistance from being transferred to the defense or security forces of the government of Azerbaijan, while the second is an amendment that would require detailed reporting and accountability for any assistance provided to Azerbaijan under the waiver provisions of Section 907 of the FREEDOM Support Act, including an “assessment of Azerbaijan’s use of offensive force against Armenia or violations of Armenian sovereign territory from November 11, 2020.” Both amendments are supported by Reps. Adam Schiff (D-CA), Frank Pallone (D-NJ), and Judy Chu (D-CA).

In addition to the aforementioned amendments, the Armenian Assembly of America strongly supports a bipartisan letter addressed to President Biden opposing the potential sale of next generation F-16 fighter jets and F-16 upgrade kits to Turkey. The letter states, in part, that Erdogan’s “regime has repeatedly used its military power to destabilize the Eastern Mediterranean, Middle East, South Caucasus, and North Africa for years.” The letter further highlights that “Turkish and Turkish-backed forces have utilized American-made weaponry and components during these incursions to commit war crimes, including purposefully bombing civilian targets like hospitals and schools in Iraq, Syria, and Nagorno Karabakh. They have also been used repeatedly to violate the sovereign territory of NATO allies and partners like Greece and Cyprus.”

"The Armenian Assembly strongly supports these timely amendments as well as the bipartisan letter opposing the potential sale of F-16s to Turkey," stated Congressional Relations Director Mariam Khaloyan. "Also, given Aliyev's aggressive rhetoric constantly threatening Armenia, and Azeri forces deliberately disrupting the lives and livelihoods of the Armenian population in border areas and in Artsakh, it is critically important to hold Azerbaijan accountable for its laundry list of human rights violations," Khaloyan added.