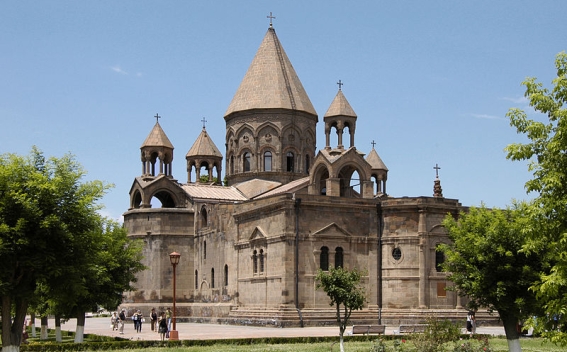 The Armenian Apostolic Church honors the memory of Isaiah the Prophet, Qahana.am reports.

Prophet Isaiah is the first of the four major prophets of the Old Testament. He was born and spent almost his entire life in the city of Jerusalem, in the eight century B.C. The 66 chapters of the Book of Isaiah are considered to be an ocean of wealth, concerned with issues related to God, justice, sin, religion and various social ills. Being an educated and intelligent man, he was the spiritual guide to four kings of Jerusalem, expressing God’s will on many national matters. His book, written in an unsurpassed style and spirit, is the link between the Old and the New Testaments.

Isaiah is also called the “Evangelist Prophet” for his prophesizing on the coming of the Messiah - Jesus Christ. In the Book of Isaiah, Chapter 61, the prophet comes forth as a servant sent by the Lord’s Soul “to bring the good news to the poor and to take care of the desperate and hopeless.”  Christ would later read the words of Isaiah in the synagogue in Nazareth, as He became the realization of that mission in the world (Luke 4:16-21).

According to tradition, Isaiah died a martyr's death. By order of the Jewish king Manasseh he was sawn to death with a wooden saw.