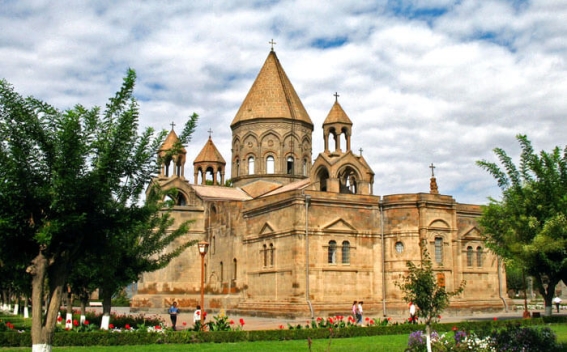 The Ecumenical Council of Ephesus was convened in 431 A. D., during the reign of the King Theodosius Small. 200 Pontiffs participated in the Council with the goal to criticize the false teaching of Nestorius, Patriarch of Constantinople. According to his teaching there were two independent - divine and human natures in Christ, contrasting each other. Nestorius preached that Christ was born as a simple man and only later Divinity was settled in His Person, and therefore, the Holy Virgin Mary was not Godmother, but the mother of a simple man, Qahana.am informs.

The Ecumenical Council of Ephesus condemns the teaching of Nestorius and adopts the teaching of St. Cyril of Alexandria as an orthodox teaching, according to which the divine and human natures of Christ do not exist separately, but are united unmixedly, without confusion - one Lord, one Jesus, one face and one united divine and human nature. St. Mary is not the mother of a simple man, but she is Godmother as she gave birth to the Son of God. So, the formulation of St. Cyril of Alexandria: “One is the nature of the Incarnate Word of God” was adopted.