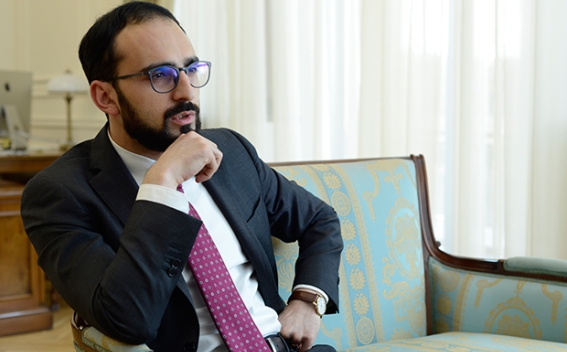 Before addressing the councilors, Avinyan asked them to hold a minute's silence in memory of Armenian soldiers killed in the Azerbaijani aggression last week.

“I was often asked, including by my colleagues from the My Step faction, whether it’s not problematic of being appointed deputy mayor of Yerevan after serving as deputy prime minister,” Avinyan said.

“I want to say for sure and sincerely that regardless of the high post I held previously and all the discussions related to the upcoming elections, it’s a great honor for me to be the deputy mayor of my hometown Yerevan, serve the city and its residents,” he said, thanking Mayor Hrachya Sargsyan and the City Council for the opportunity

Avinyan was nominated for the post by the ruling Civil Contract party. His candidacy was backed by 44 members of the City Council.