Iran against any change in borders, geopolitics of region: Foreign Minister 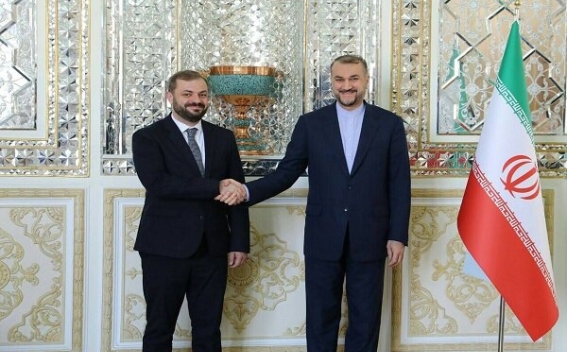 Hossein Amir-Abdollahian made the comment in his meeting with the Head of Iran-Armenia Parliamentary Friendship Group in Tehran on Tuesday and called for the peaceful settlement of disputes between Republic of Azerbaijan and Armenia, MEHR reports.

Iran is against any change in the international borders or geopolitical changes in the region, Amir-Abdollahian emphasized.

Amir-Abdollahian also stressed the facilitation of transportation and transit between the two countries by reducing customs duties and costs, participation of Iranian companies in the implementation of economic and infrastructure projects in Armenia.

He expressed Iran's opposition to any action to change the international borders or geopolitical changes in specified the area.

Head of Armenia Parliamentary Friendship Group, for his part, pointed to the amicable and friendly relations between the two countries of Iran and Armenia and expressed his thanks to the position of Iran towards the developments in the region.

He welcomed the participation of Iranian companies willing to establish cooperation with their Armenian peers in this country.