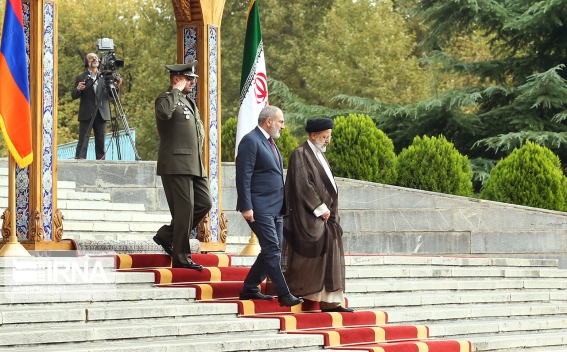 The top officials reviewed the guards of honor after the anthems of the two countries were played.

Then, the members of the delegations were introduced to each other.

Soon after the welcoming ceremony, talks between the Iranian president and the Armenian premier began.

In Tehran, the Armenian prime minister is to hold talks with the Iranian president on regional and bilateral issues, attend a signing ceremony on bilateral cooperation and hold a joint press briefing.

Pashinyan had already traveled to Iran in 2020.

His today visit to Tehran is the first after the 13th Iranian government took office in August 2021.