Racism against the Armenians Escalates in Turkey 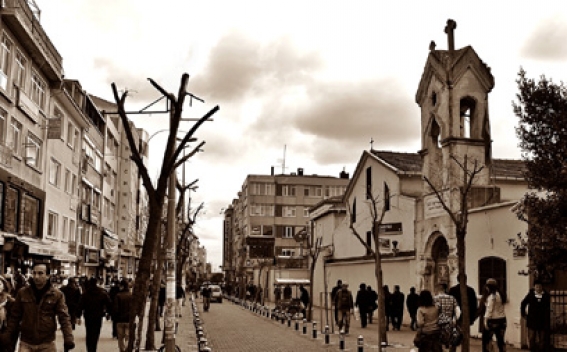 Anti-Armenian hate speech was written on the Surb Astvatsatsin Armenian Church in Istanbul’s Bakırköy neighborhood on Tuesday which read as follows "1915, blessed year. What does it matter if you are all Armenian when there is already one Ogün Samas (the murderer of Armenian journalist Hrant Dink )?" Today’s Zaman reports.

Unfortunately,  this incident is not the first case of demonstration of racism against the Armenians in Turkey this week. As Horizon informs , on Tuesday it was reported that Ankara Mayor Melih Gökçek had filed a criminal complaint against Armenian journalist Hayko Bağdat, claiming that the latter insulted him  by  posting lighthearted tweets on his Twitter account referring to the mayor as an Armenian in the aftermath of  the March 2014 local elections in Turkey.