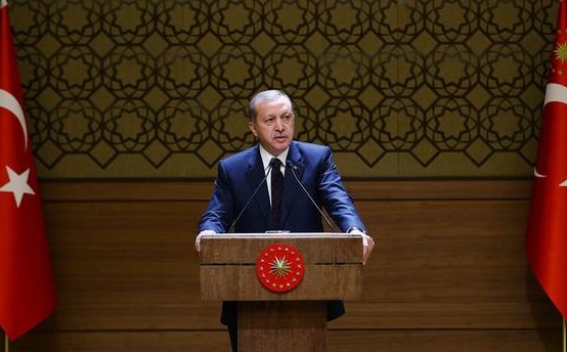 President Recep Tayyip Erdogan continues to present his vision of a "new Turkey." Erdogan says that for adaptation to global changes and for the further progress of Turkey a new constitution is needed and a move to a presidential system of government. Erdogan said that Turkey's current system of governance hinders the effective implementation of policies. "Construction of a new Turkey is inevitable, a new constitution is inevitable, presidential system is inevitable," - Erdogan emphasizes this in almost all his speeches.

The ruling Justice and Development Party actively supports Erdogan on this issue. "The presidential system for Turkey would be correct. Today the system of government in the country is neither parliamentary, nor presidential, nor semi-presidential. "The evolution towards a presidential system is important, therefore, on my initiative in the election program of "Justice and Development Party" there is a point about the transition to it "- recently  Prime Minister Ahmet Davutoglu said in his interviews to Haberturk.

However, it is clear that on the basis of Erdogan’s plans to build a new Turkey is its aspiration to create dictatorship. At the moment, Turkish President has only ceremonial functions, but almost after a year in power, Erdogan proved that he does not intend to be limited with the role of a "passive leader." Erdogan's political career began in 1994, when with the victory of the Islamist Welfare Party, Erdogan became the mayor of Istanbul. However, in 1997 the activities of Islamist Welfare Party was banned, and Erdogan wa jailed being charged for promoting ethnic hatred. After his release in 2001, Erdogan founded the Justice and Development Party (AKP), which pertains the main Islamic elements of the previous party.

On the other hand, the charismatic Erdogan with his policies challenges Ataturk, who is considered the "father of the nation." Mustafa Kemal Ataturk in 1923 founded the Turkish secular Republic. Kemalism in Turkey was considered as the official ideology. Traditionally, Kemalism was supported by the Turkish army, which is considered the guardian of the Turkish nation. In the country military coups occurred in 1960, 1971, 1980 and 1997.

However, after AKP came to power in 2002, political Islam or Islamism became an alternative to the nationalism of Atatürk. The AKP opposed the special status of the Turkish army and now pursues a policy of minimizing the role of the army in the country, which is accompanied by mass arrests of the military. For 10 years Erdogan has pursued a policy of neo-Ottomanism and speaken of "the inevitable Islamization" of the country. Islamization is evident even in the daily life of Turkish society.

All this gives grounds for analysts to argue that in the new Turkey Erdogan will be governed by religious conservatives, where democracy will be under the control of the authorities.