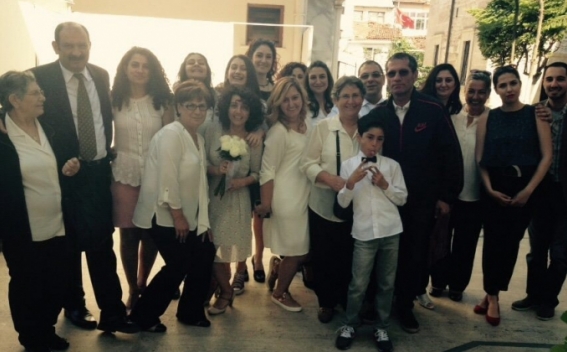 17 Dersim-Armenians made another step for returning their Armenian national identity – they were baptized in Armenian Church of Yeşilköy region in Istanbul and adopted Christianity. The baptismal ceremony was presided by the General Vicar of the Armenian Patriarchate of Constantinople, Archbishop Aram Ateshyan.

As Artsakhpress mentions, the founder and the former President of the Union of Dersim-Armenians Miran Prkich said that besides the baptismal ceremony, two weddings also took place in the Church. He also told that before being baptized the 17 Dersim-Armenians have passed 6-months courses organized by the Armenian Patriarchate of Constantinople with the aim of giving them more information about their own nation.