Why Has Turkey Nominated Armenian Candidates for Parliamentary Elections? 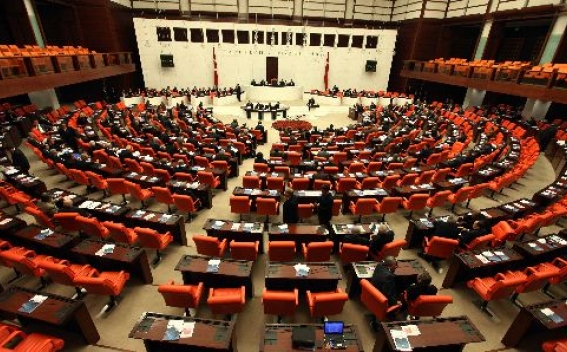 Turkish Parliament (Grand National Assembly) election, which will be held on June 7, 2015, is to be momentous for modern Turkish history as for the first time, three of the country’s main political parties have chosen members of Turkey’s Armenian minority to appear on their party lists.

For centuries Armenians have lived in the territory of Turkey, forming a small but stalwart Armenian community numbering around 70,000. Targeted taxes and obstacles to advancement in public sector jobs led Armenians to become increasingly discreet as a community. Thus, the prospect of Armenians becoming members of parliament is being seen very important.

"Peace and Democracy Party" presented Garo Paylan for nomination of the elections. Paylan has called for an egalitarian constitution and a system based on that social contract, so that the state serves everyone equally, whether it is an Armenian, a Kurd or a Turk, saying there must be a process of normalization, as the system has long ignored some identities in Turkey.

"We always ask something to change and they say 'we will do it, we will do it.' But hundred years have passed,’’ said Garo Paylan, adding: "We don't want to wait anymore and that's why I am going to parliament to change this situation. It's very important for our community. We have not had MPs in parliament since 1960."

"I’m happy to be Armenian. I think my candidacy is an important proof of Turkey’s democratic development. An Armenian becoming a ruling party candidate means he will be part of the executive" he said.

Born in 1977, Ozuzun is a graduate of Notre Dame De Sion French High School and studied law at Galatasaray University. She also has a master's degree from Istanbul's Bilgi University.

CHP head Kemal Kilicdaroglu had previously declared he would reserve the first places of important cities like Istanbul, Ankara and Izmir for female candidates.
The name of Uzuzun, who has long been serving as the lawyer of the minority foundations, has been introduced to the CHP after in-house consultations of the minority groups.

It should be also mentioned that during pre-electoral campaign the party announced that if it succeeds in the forthcoming parliamentary elections they will seek the soonest normalization of Armenian-Turkish relations and recognition of the Armenian Genocide. But it is worth mentioning that as it was always the case, this is a promise given during the campaign in order to get the expected number of votes.

On the one hand, it could be said that his general election is an important sign of significant change. As Armenians of Turkey hope if the Armenian candidates succeed, the voice of Armenians should be somehow taken into consideration in Turkey. On the other hand, by presenting Armenian candidates for nomination for the upcoming general elections, Turkey wants to show the world that democracy hasn’t disappeared from his country just for the sake of country’s interests.’

Today, of the four big parties, only the Nationalist Movement does not have any Armenian candidates. In the 92 years of modern Turkey’s existence only five Armenians have taken a seat in parliament, the last one in 1964.

This parliamentary election may be one of the most important elections in recent Turkish political history. The election will be the 24th general election in the history of the Turkish Republic and the elected 550 members will form the 25th Parliament of Turkey.

In addition to the usual electoral forecasts, this election is surrounded by two extensive debates. First is the involvement and demands of the president, Recep Tayyip Erdoghan, particularly his ambition of a presidential system rather than the present system of parliamentary democracy, where the president holds a more symbolic role. Second is whether the People’s Democratic Party (HDP), competing for the first time as a party, will be able to pass the required 10% threshold of popular vote.