Maja Kocijancic: EU-Armenia Relations are on a Good Trajectory (EXCLUSIVE) 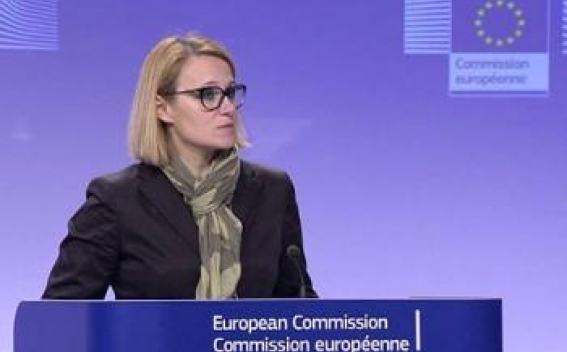 - What do you think, does EaP format proved to be successful (please comment on major achievements and on major drawbacks of this format) and according to you, after the Riga Summit in what direction EaP will further develop?

- The Eastern Partnership aims at building a common area of shared democracy, prosperity, stability and increased interactions and exchanges. The EaP is a genuine partnership where the EU has offered the range of cooperation available in the European Neighbourhood Policy to our partners in Eastern Europe. Together we have agreed how this can be used in the specific circumstances of our Eastern neighbourhood. Since 2009, we have established a dense network of relations at all levels and significantly strengthened cooperation in areas such as good governance and rule of law, economic cooperation, transport and energy security.

At the recent Summit in Riga (21-22 May 2015) the Heads of State or Government of the EU and the representatives of our partner countries reaffirmed their shared vision of this strategic and ambitious Partnership as one based on mutual interests and commitments and supporting sustained reform processes. The participants of the Summit reviewed and welcomed the significant achievements in the Eastern Partnership since the Vilnius Summit in 2013, notably the signing and provisional application of the Association Agreements with Georgia, the Republic of Moldova and Ukraine, which constitute a major step in accelerating these partners' political association and economic integration with the EU.

Enhanced mobility of citizens in a secure and well-managed environment remains a core objective of the Eastern Partnership. A successful visa free regime introduced with Moldova since April 2014 is an example of progress achieved on the agenda of visa liberalisation and enhancing mobility with our Eastern Partners and facilitating travel, business, education and training and people-to-people contacts. Over the past year, nearly half a million Moldovans have travelled visa-free to the EU.

- The Ambassador of Ukraine to the EU Konstantin Yeliseyev called to review their Eastern Partnership policy and to divide EaP into two groups: Georgia, Moldova, Ukraineand Armenia, Azerbaijan, Belarus. Do you consider such kind of differentiated approach appropriate if one takes into consideration different levels of democracy development in the last three countries?

- In the framework of the European Neighbourhood Policy and the Eastern Partnership, the participants in the Riga Summit also reaffirmed the sovereign right of each partner to choose freely the level of ambition and the goals to which it aspires in its relations with the European Union. It is for the EU and its sovereign partners to decide on how they want to proceed in their relations.

The Eastern Partnership is a combination of bilateral relations between the EU and the countries concerned and the multilateral framework that brings all EU and partner countries together. While the mechanisms of Association Agreements (which include a Deep and Comprehensive Free Trade Area) provide the countries concerned with advanced opportunities for bilateral engagement with the EU, the flexibility of multilateral framework allows for sharing best practices, learning from each other and, where applicable, taking regional approach to cooperation.

- When will it be possible for Armenia to get a mandate and what will be the timeframe of the negotiations?

- As you may know already, based on the outcome of their successful joint scoping exercise the EU and Armenia will hold negotiations on a new comprehensive and legally binding agreement. As regard the EU procedures, the draft negotiating mandate was approved by the European Commission prior to the Riga summit and is currently being discussed with the EU Member States.

The EU side is ready to enter into negotiations once the mandate is approved by its Member States. The exact timeframe for the negotiation itself is difficult to predict, as in case of any negotiations, but we are looking forward to a relatively rapid and swift process, bearing in mind the comprehensive work done jointly already during the scoping exercise.

- How do you see the perspective of the EU-Armenia relations and what the sides should do to further deepen their cooperation?

- EU-Armenia relations are on a good trajectory. The future legally binding comprehensive agreement, covering political and sectorial aspects and also cooperation on trade, will certainly create the premises for their further deepening and expanding. It will be very important to appropriately implement all EU-Armenia agreements, including those related to visa-facilitation and readmission. Moreover, it is important for Yerevan to make best use of the significant EU assistance of EUR 140-170 million planned for the period up to 2017, focusing on private sector development, public administration reform and justice sector reform.

Furthermore, the reforms implemented in Armenia with significant EU support will have to continue, with and acceleration in specific areas, notably democracy and the rule of law, anti-corruption, human rights and fundamental freedoms, constitutional and judicial reform. Particular attention will be needed as regards the reform of the electoral system, the efforts to assure media freedom, and the important role of Armenian civil society.