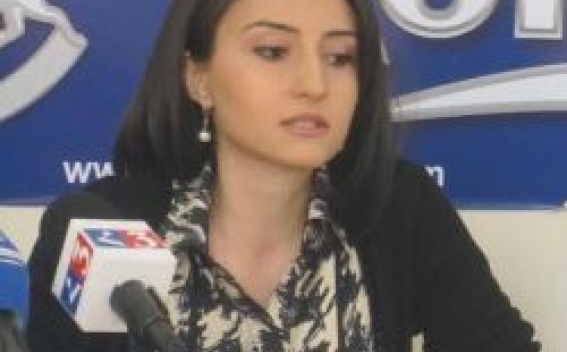 During the recent years Artsakh Republic (otherwise known as Nagorno-Karabakh Republic (NKR)) is consistently working on deepening its foreign ties. In this context it is important to notice that the reached  progress is a result of not only the initiative of the government of Artsakh Republic: very often this initiative comes from outside. Recent example of this kind of initiative from outside was the invitation by Chatham House, the Royal Institute of International Affairs (one of the most prestigious foreign policy institutes in the world) to the NKR President  Bako Sahakyan to visit London and deliver a speech in their Institute. The visit was highlighted by the fact that the expert community in London got an opportunity to get first-hand information on the state building, domestic and foreign policy of Artsakh Republic, the Azerbaijani-Karabakh conflict settlement.  Besides, during his speech at the Parliament of Great Britain President of Artsakh Republic once more underlined the importance of developing parliamentary ties between the two countries.

The fact that the visits of the NKR high-level officials have become more frequent during the recent period proves at least three important things:

Notwithstanding the fact that at present the official negotiating parties on the Nagorno-Karabakh conflict are the Republic of Armenia and Azerbaijan under the auspice of the OSCE Minsk Group, it seems that the international community has begun to realize that the conflict cannot be resolved unless the direct party of the conflict, Nagorno-Karabakh Republic, does not participate in the negotiation process and the Artsakh people do not have their final say in the resolution of the conflict.

Second, for many years the international community turned to the sources of the Republic of Armenia and Azerbaijan to get the information about Nagorno-Karabakh Republic. However, the time has shown that those sources are insufficient to get full picture on the inner processes of the Nagorno-Karabakh Republic. This is conditioned by the fact that throughout these years Artsakh Republic has developed independent and democratic institutions and a third country, be it Azerbaijan or Armenia, cannot have a full picture of the ongoing processes in that country from outside. The fact that such prestigious analytical institution invited the first person of the Artsakh Republic to talk about the domestic and foreign policy of Artsakh, speaks of this realization.

Finally, this is a proof of the successful efforts of the government of Artsakh Republic, in spite of its non-recognition, to develop international relations with other countries by strengthening international cooperation on the level of parliaments, local authorities and civil society actors. The deepening diplomatic relations between parliamentary groups and sister cities of NKR and other countries are already seen as achievements of those efforts , which constitute one of the major building blocks for the international recognition of Artsakh Republic.