US Ambassador Highlights the Importance of Turkish-Armenian Cross-Border Cooperation 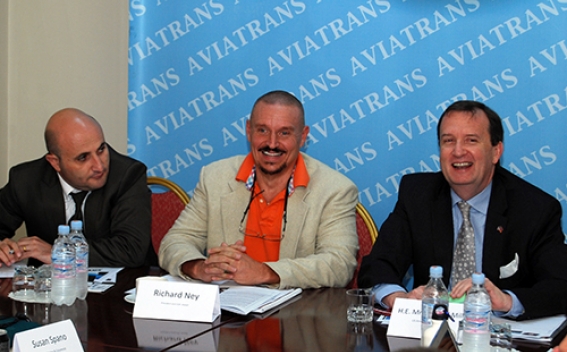 Highlighting the economic importance of the tourism sector and the value of cross-border cooperation, U.S. Ambassador Richard M. Mills, Jr. joined members of the Turkish-Armenian Tour Operators Network (TATON) during a meeting in Yerevan on Wednesday, August 26, 2015, official webpage of the US embassy in Armenia reports.

TATON developed as a result of USAID’s "Bridges" project, an effort to develop economic activity on the cross-border region through tourism. The network’s membership includes the most active travel companies and tour operators in the region.

USAID has been working with the Armenian tourism sector since the early 2000s. Primarily, it has focused on improving service quality and building the capacity of Armenia’s tourism sector.

Prior to the creation of TATON, the "Bridges" project helped local partners to develop the Black Sea Silk Road Corridor through Greece, Turkey, Georgia, and Armenia.